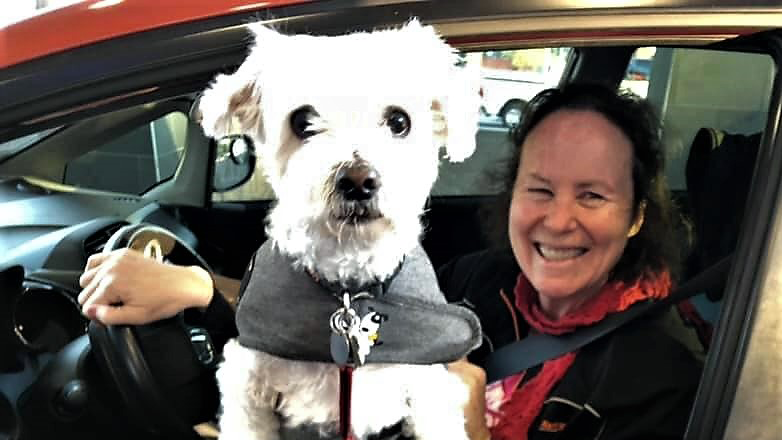 I am the mother of one grown son and two-stepdaughters.

I am a retired FBI agent. I have a degree in journalism from Humboldt State University in California, and worked in journalism for seven years before transitioning to law enforcement.

Nearly everything I have done in life has taught me how to talk to people and how to listen.

Can you describe your team for us?

Our team began evangelizing at the downtown Phoenix Library and we kind of fell into giving snack bags to the homeless.

As such, we dealt with a lot of well-read folks and others who were fighting just to stay alive. Most of the homeless and some of the library customers were open to talking about Christ.

The library closed for months due to a water-main break that left it very damaged. Our team likely will return there as some evangelists like the atmosphere and the daytime atmosphere.

Others like the Phoenix First Friday Artwalk, which is a nighttime event with thousands of people in attendance, most of them young. The volume of foot traffic is a blessing and many conversations of consequence happen every night there. COVID had kept us from there since March 2020.

We have evangelized a number of other places, including outside the Cardinals football stadium, also a COVID casualty, and the annual St. Patrick’s Day Parade.

How has God worked in and through your SPSE team?

We have had people return to the church after speaking with us (at least two people that we know of).

We believe that we are an effective witness to the Good News of Christ when we evangelize near the hell and brimstone street preachers who focus entirely on man’s sinful nature.

What led you to SPSE?

I asked God during the “Year of Faith” what He wanted me to do, and I heard the firm and immediate answer “Evangelize.” I was flabbergasted, but had seen SPSE on Facebook and decided to drill down into it. I started a team and was coached up by Ed Graveline in Las Vegas (now in Sierra Vista). While I don’t feel like I am a great leader or evangelist, I do feel I am called to do this and try hard to rise to the challenge.

Can you share an “elevator speech” version of your testimony of God’s work in your life?

As a lifelong Catholic, I believe I have been blessed by the Church and all those ancestors from Poland and Ireland who brought the faith to me.

I have had many challenges and failures in my life, but the one solid thing I could always count on was faith in Jesus. He has righted my ship over and over. I can point to miracles and blessings in every corner of my life. Truly without Him I would be nothing.

Is there something else you would like other team leaders to know about your team?

When I tried to start a team, it took months to find a second person. It seemed like those who called me were wanting to join a solid, established team.

My Mom lived with me at that time and kept telling me someday someone would be willing to be the second person. When Juan F called and I said “If you join me then we will have a team,” he said, “Let’s do it, Sister.” I will never forget that epic moment and as such consider his YES to be among my most treasured gifts.