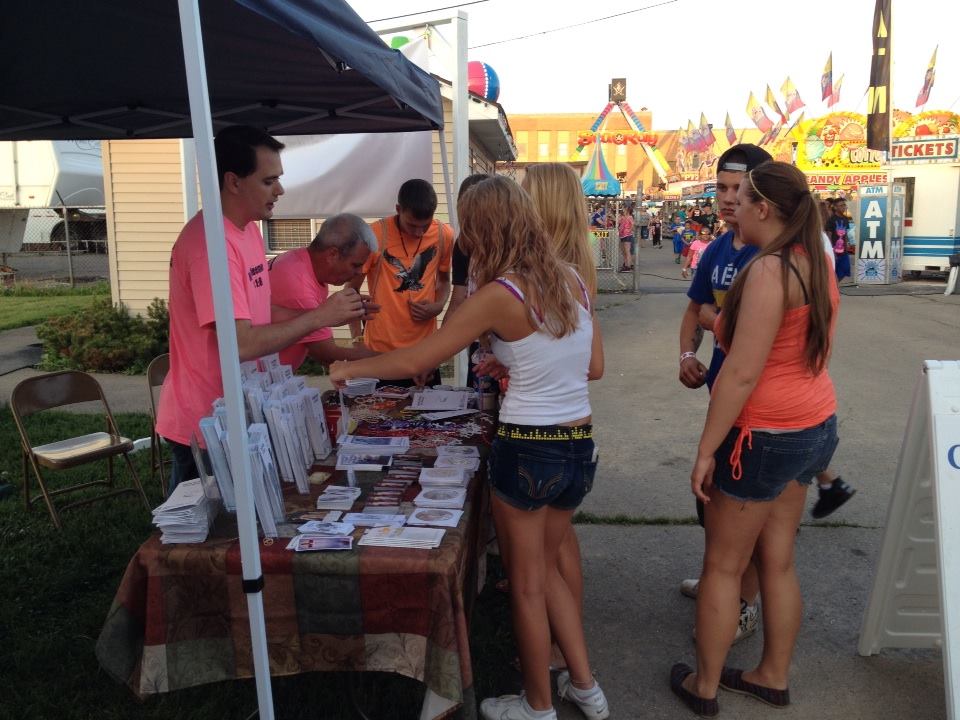 “I will no longer support street evangelization because Pope Francis said not to proselytize!”

Sadly, we have had members of St. Paul Street Evangelization contact us and tell that they are going to stop supporting our ministry and stop evangelizing in the circumstances of their own life because Pope Francis reportedly said that he does not support ‘proselytizing’ and does not want Catholics to take part in such activities. Those who contact us take proselytizing to mean “publicly telling others about your faith in Jesus Christ and inviting them to conversion.”

What did Pope Francis say? Evangelization is so important to Pope Francis he has written about proselytizing over half a dozen times. Here is one example from an address to catechists that he gave in 2013: “Remember what Benedict XVI said: ‘The Church does not grow by proselytizing; she grows by attracting others.’” Another example from a homily: “Christian life must always be restive and never act as a tranquillizer or even less as ‘a terminal treatment to keep us quiet until we go to heaven’; so like St Paul we must witness ‘to the message of true reconciliation’ without being overly concerned with statistics or proselytism. This is a lunatic way of acting but is beautiful, for it is the scandal of the Cross.”

There is no true evangelization if Jesus Christ is not proclaimed and the Church exists for no other reason than to evangelize.

What does it mean to proselytize though?

We need to define these words in order to properly understand the context in which the Holy Father is speaking. The Congregation for the Doctrine of the Faith has looked closely at the historical use of the term proselytize and how people use it today. Used in its historical context, the church should proselytize. Today the word has taken on a new, negative meaning. Cardinal Levada explains: “The term proselytism originated in the context of Judaism, in which the term proselyte referred to someone who, coming from the gentiles, had passed into the Chosen People. So too, in the Christian context, the term proselytism was often used as a synonym for missionary activity.

More recently, however, the term has taken on a negative connotation, to mean the promotion of a religion by using means, and for motives, contrary to the spirit of the Gospel; that is, which do not safeguard the freedom and dignity of the human person.” (Doctrinal Note on Some Aspects of Evangelization)

Proselytizing is marked by those who try to convert others through fear, malice, manipulation, deception, threat, or bribery. It does not respect religious freedom or human dignity. For example, ISIS is trying to establish a caliphate and is using force through the threat of death or taxes to make people convert to their version of Islam. Proselytizing is concerned with the number of people who convert by any means and success is measured by such.

True evangelization is concerned with the good of the other person and the salvation of their souls through charity. Evangelization is the “proclamation of Christ and his Gospel by word and the testimony of life, in fulfillment of Christ’s command.” (Catechism of the Catholic Church)

St. Paul Street Evangelization fulfills this command by presenting ourselves in public, proposing the goodness of the Catholic faith, witnessing to what God has done in our own life, and inviting others to surrender to the grace of God and have faith in Jesus Christ for their salvation. We do this in love and joy, a joy that manifests itself from our very souls so that we cannot keep quiet about what we have seen and heard. We never impose our beliefs on others, we never yell, deceive, threaten, or scream at others. In other words, we do not proselytize. Since we are planting seeds we do not know the full impact that our work is having. Sometimes we get to see the fruit blossom and know that at least 2,000 people have returned to Church or become Catholic through the ministry of hundreds of evangelists. That number could be much greater. It doesn’t matter to us. We are more concerned with being faithful. Our evangelists are welcomed and thanked for their presence over and over again.

Street evangelization is one means where a person is invited to encounter Jesus Christ. “The primary reason for evangelizing is the love of Jesus which we have received, the experience of salvation which urges us to ever greater love of him. What kind of love would not feel the need to speak of the beloved, to point him out, to make him known? If we do not feel an intense desire to share this love, we need to pray insistently that he will once more touch our hearts.” (Evangelii Gaudium, 264)

Pope Francis has made evangelization one of the principal tasks of his pontificate. He has even promoted street evangelization in his official capacity as the Supreme Pontiff of the Church: “How beautiful it is to see that young people are “street preachers”, joyfully bringing Jesus to every street, every town square and every corner of the earth!” (Evangelii Gaudium, 106) He wants us to go out of ourselves to encounter Jesus Christ, become his disciples, and then become missionaries by proclaiming Christ in word and deed. The saints were never quiet about proclaiming the message of Jesus Christ with their lips. They were always telling others about Jesus. We have a duty as baptized Christians, who have been given such a wonderful gift, to tell others so they too may taste and see the goodness of the Lord.

So, will you answer Pope Francis’ call? “We become fully human when we become more than human, when we let God bring us beyond ourselves in order to attain the fullest truth of our being. Here we find the source and inspiration of all our efforts at evangelization. For if we have received the love which restores meaning to our lives, how can we fail to share that love with others?” (Evangelii Guadium, 8)