He Broke Down Sobbing 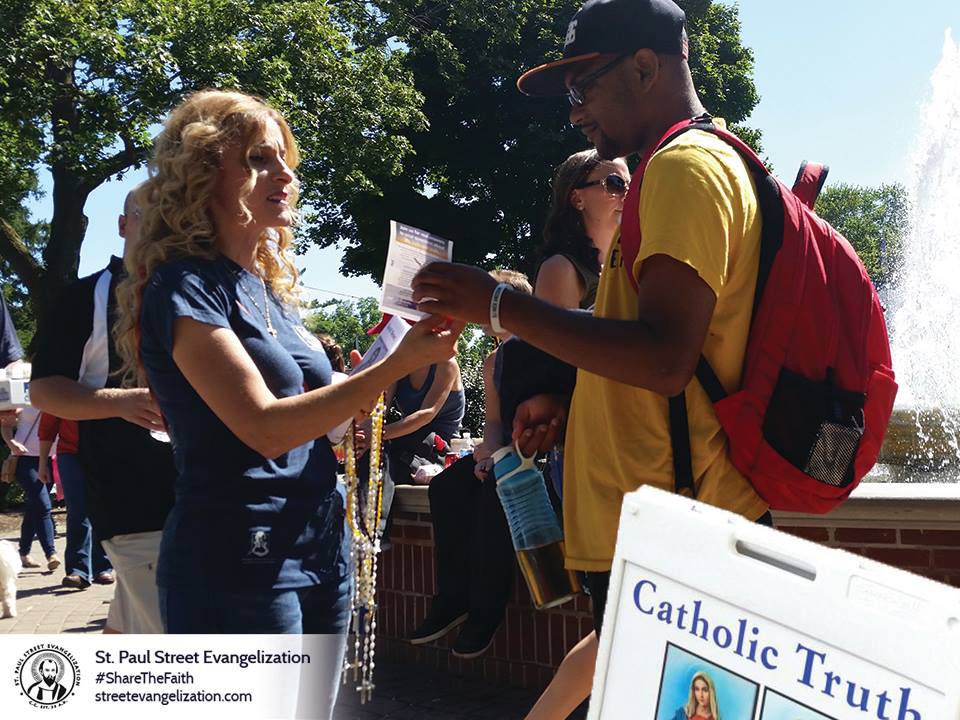 While it is true that most of the time our street evangelists will not see the fruit of their labors, God occasionally does allow them to see such fruit. For example, sometimes someone will approach us with a broken spirit for which they need prayers of healing.

In one recent example, an initially belligerent man (not pictured) who was going through a hard time walked up to us and engaged one of our street evangelization teams in Michigan. At first he was not happy, and said some pretty unkind things to the team. As we talked to him we discerned that he needed prayers and asked him if we could pray with him. He agreed, and the team started praying with him, asking for healing from the Divine Physician upon this man’s life.

By the time the prayer was over, the man was sobbing uncontrollably as the Holy Spirit came upon the group and started to move in the heart of the man that we were praying for. It was clear to all that God became present to the man in a mysterious way and started the process of healing in his life.

By the end of the conversation, the man thanked us over and over again, gave us all hugs, and left the group with a new skip in his step. Pray for this man on his journey!