The Bible is Catholic

The Detroit Festival team was recently at St Mary’s. There, evangelist Bob encountered a woman who used to be Catholic but who now attends a non-denominational Church. 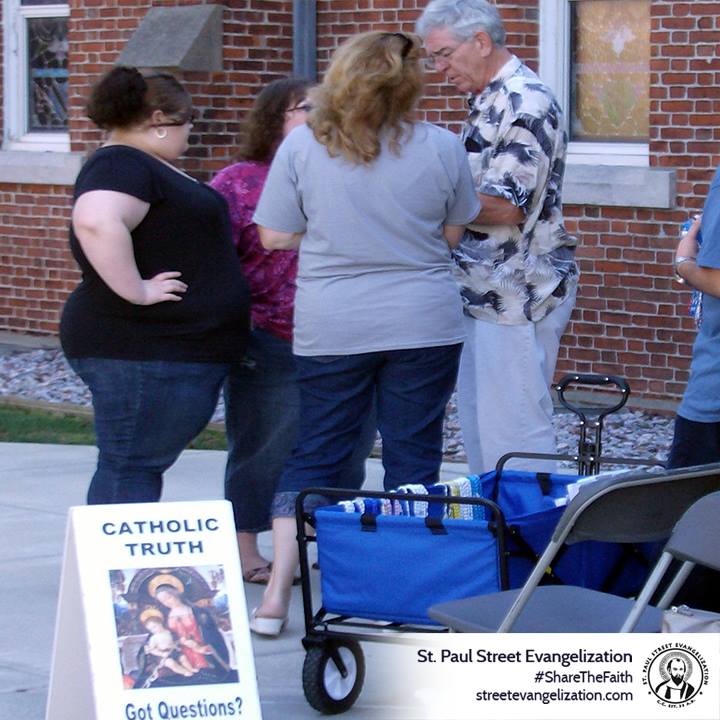 She accepted a Rosary and then asked where the Rosary came from. Bob told her about St. Dominic’s vision of our Blessed Mother.

The woman then asked, “Where is it in the Bible that Mary would appear to us?”

“Nowhere,” Bob answered. But then he asked, “Do you think it needs to be?”

The woman said, “Of course.”

The woman replied, “Because the Bible is our guide.”

“True,” Bob said. “But it’s not our only guide. Before there was a Bible, Jesus left us with His Catholic Church. Then the Church, inspired by the Holy Spirit, gave us our Bible, but not until years later. So there was a period early on in the Church when there were no writings… the good news was spread only by word of mouth.”

Then he added, “Besides, Mary never appeared to someone and told them something that was CONTRARY to Scripture. If she did, then we would know it wasn’t really she. All Mary ever does is point us to her Son.

The Holy Scriptures form the Church, but they also belong to the Church. The bible is like a book of family history; it helps the family understand and be faithful to its own identity, and yet it itself is best understood only by the family.