Esquire writer Tom Chiarella, investigating “the power of the uniform’’ recently decided to walk through Chicago dressed as a priest, a mechanic, a security guard and a doctor (on different days) to see how the uniform would impact the way people reacted to him. “A good uniform represents [something],’’ Chiarella explains.  “It makes sure you show up. It suggests a simplicity of mission. Once you slip it on, any uniform calls for its own posture. Everyone reacts. They step aside, shoot knowing glances, make room for you; or they turn away, try to forget their foggy prejudices, and ignore you.” 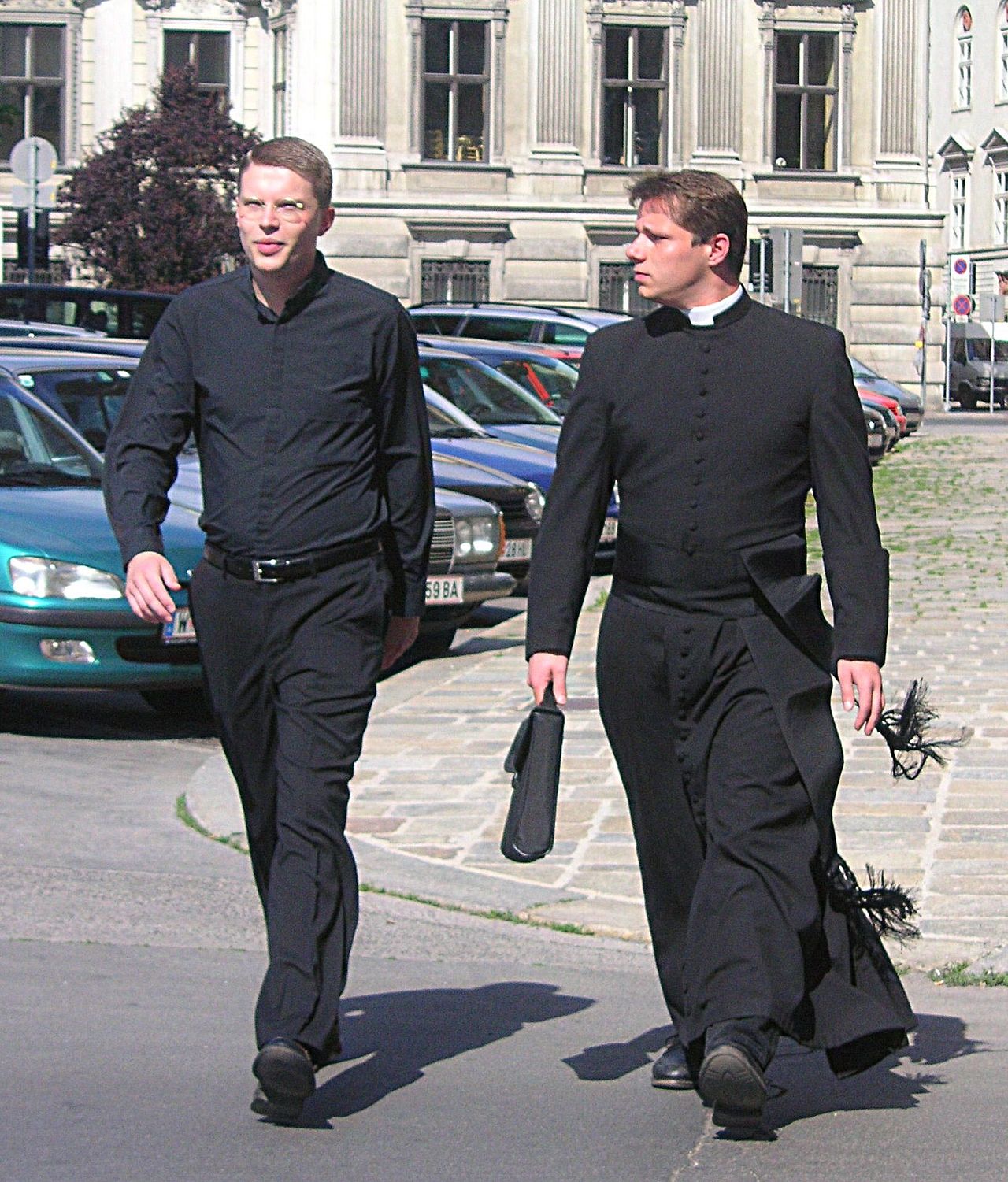 Chiarella left out symbols – no crucifixes or chains, no badges, no ID, etc. – but just wore basic uniforms in public to see how people would react as he walked through the city. He was astounded to see the “hunger for faith” apparent when he wore a liturgical cassock, commonly worn by seminarians studying to be Roman Catholic priests as well as many Orthodox priests. Suddenly, people were touching his hand, smiling, asking for blessings. People who might not normally notice him suddenly saw him clearly. “One hour in the uniform and I knew this much: On a bright summer’s day, in a sprawling city, a priest in a cassock is a thing to behold,’’ he wrote. “People draw out their eye contact with a priest. They give nods or bow just a smidge. Or they stare. Openly. Respectfully. Distantly. When walking in pairs, men wind up their cheeriest selves to blurt out suddenly, ‘Good morning, Father.’ A habit learned in high school, revisited gladly. Twenty-three blocks and the world could not take its eyes off me.’’ When he wore the uniforms of a doctor, mechanic or guard, people kept their distance but when he wore the uniform of a priest he counted people touching him “mostly on the wrist’’ more than a dozen times.

“People want to believe,’’ he concluded. “Especially people in need. All day long, I was faced with homeless men, homeless families, crouched in the street. Sometimes they reached up to me, touched my wrist. Twice I was asked for a blessing that I could not give. Not in the way they wanted. I started wishing that I were capable of performing a service for the world.”

You see a similar reaction when volunteers for St. Paul Street Evangelization offer up rosaries, medals and other Catholic symbols publicly. A simple sharing, a short conversation and people are immediately impacted.

You see a similar reaction also when someone posts on social media about the latest act of humility and love from Pope Francis. Just recently, a little girl told the Pope how music had got her through years of bullying over a skin disorder. The Pope amazed the girl and the church by simply asking “Will you sing a song for me?’’ and then thanking her after she sang for him. These kinds of encounters have resulted in what has been called the “Francis Effect’’:  a marked increase in church attendance after people are touched by the words and actions of the Pope.

Evangelizing is and can be something big, major and life changing; but as St. Therese of Lisieux, a Doctor of the Church, taught us before she died at age 24, we can grow closer to God by doing simple “little things’’ each and every day. What little things can you do to help people grow in faith?… Wear a cross? Say grace at a restaurant? Share a prayer card or religious medal with someone who needs it?

Just like the priest wearing a cassock in public, all these little things make a much bigger difference than you might realize.