“Amazing Conversations! … We were all blessed!”

Maisa recounts how many great conversations she and the seminarians had with Muslims, Agnostics, Lutherans, and Catholics. She had a Muslim woman who stopped to take a rosary, and after talking with her for a bit, they moved on to talk about the prayer beads that they had in common. Maisa told her that the rosary is a tool of prayer to help us become closer to God. She explained that the rosary belongs to the Blessed Virgin Mary, whom they honor in their Koran. The woman, named Zana, took the rosary and brochure, thanked her, and left. 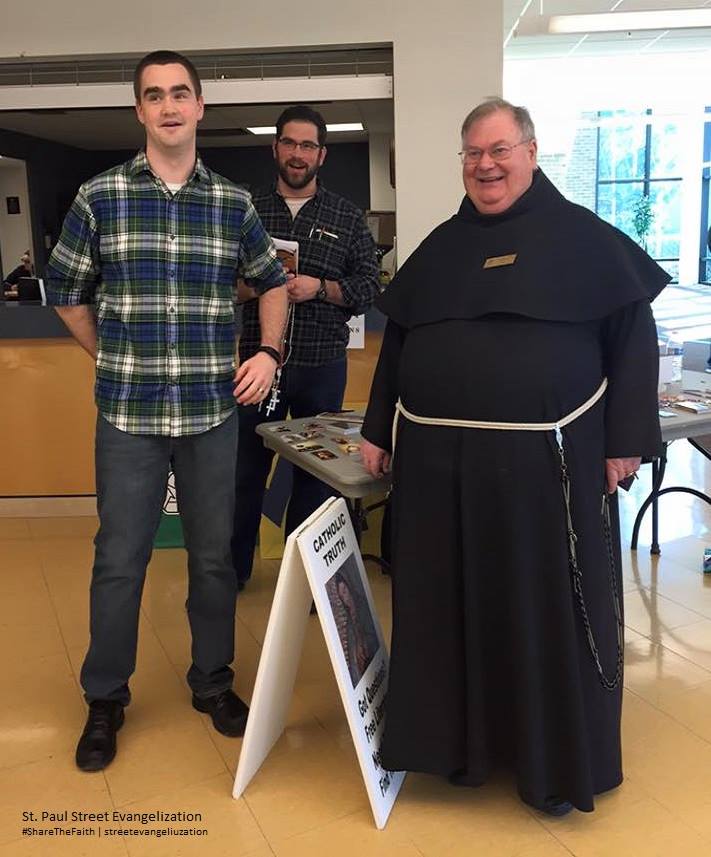 Then she encountered a man named John, a Lutheran, who took the rosary and was happy to hear all about it. Maisa asked him if he had ever considered the Catholic faith. John replied, “no, but I think I would like to.” Maisa continued to talk with him, explaining to him the difference between the Catholic and Lutheran doctrines of the real presence of Jesus Christ in the Holy Eucharist. She told him that Catholics believe that the bread and wine become wholly the body and blood of Jesus Christ during the consecration at Mass. John was moved by her words, and wanted to know more, taking some literature with him as he went on his way

Then one of the seminarians, Daniel, had a very interesting conversation with an agnostic who believed in some higher form of being, but not God. Daniel discussed religion with him for a while. The agnostic was intrigued with Daniel, because he was able to make Christianity make sense to him. The man took literature, and left.

Then they encountered a Catholic who did not attend Mass. Maisa gave him “one good reason” to come back to the church: the Eucharist. The Eucharist is the main reason we go to Mass! The Mass is a big wedding feast!! The gentleman was really surprised, and saddened, that no one has ever shared this with him. Then they told him he needs to be right with God before receiving the Eucharist, so they gave him information regarding confession. He took the literature, and promised to get back to Church.

Amazing conversations, and the people were open to hearing the Truth in Love!! We were all blessed by being there!!