TRUE PEACE AND THE FIRE OF LOVE

There are certain texts in the Gospels that really stop you in your tracks. Usually, in my preaching, I like to pick up on that kind of text right away, since I know it’s on people’s minds. Why not start with what naturally catches our attention?

In today’s Gospel, there are two texts like that, so I have to pick one or the other. Jesus’s use of the image of fire is a powerful and intriguing one, and His statement that He has not come to bring peace, but rather division, has to be one of the most surprising points of His teaching.

I’m going to start with the concept of peace, since Our Lord’s point here is extremely striking. We so easily, so often, and so rightly associate the name of Jesus with peace that it seems like someone must have messed-up the translation or just gotten the words jumbled-up when writing this passage. How could Jesus say He hasn’t come to bring peace?

I’d like to explain with the help of a scene from the mid-20th century novel Brideshead Revisited by Evelyn Waugh. The novel is about a Catholic, aristocratic family in England during the 1920s-1940s. Near the end of the novel, the patriarch of the family, Lord Marchmain, lies on his deathbed. He had converted to the Catholic Church at the time of his marriage, but had fallen away from practicing the faith for decades. As he lay dying, his children decide to call in their parish priest, Fr. MacKay, to see whether Lord Marchmain would like to be reconciled to the Church and receive the last sacraments before he dies.

A friend of the family and the novel’s main character, Charles Ryder, is not Catholic and believes that bringing in a priest is an unnecessary disturbance of a man who is dying man and had shown little interest in the Catholic faith for many years. At one point he protests to Julia, Lord Marchmain’s daughter, about the Church: “Can’t they even let him die in peace?” Julia, who for a long time had been involved with Charles in an adulterous relationship but was now very close to leaving him and returning to the Church herself, gave Charles an answer that I think should help us very much as well. She said to him, “They mean something so different by ‘peace’.”

In the end (spoiler alert!), Fr. MacKay does go to the deathbed of Lord Marchmain, who does respond to the absolution by making the Sign of the Cross, signaling his desire to be reconciled with God. Julia, as I said, also comes back to the Church, and there are pretty clear signs at the very end of the novel that even Charles has been won over and is becoming Catholic.

Going back to Julia’s answer to Charles’s protest—“they mean something so different by ‘peace’”—I believe that here we have the clue we need to understand what Christ is talking about in today’s Gospel. Jesus is the Prince of Peace, but the peace He brings is first and foremost peace between humanity and God, for those willing to accept the gift of this kind of peace. We were at war with God because of sin, and Jesus came to pay the price we could have never paid for a peace greater than any peace offered by the world.

In what sense does Jesus bring division, then? It’s not because He wants us to be divided. Christ wants all of us to accept the gift of peace He has won for us. But He won’t “give us a pass” if we settle for some lesser kind of peace. It’s not okay for us to be at “peace” with the world, but not at peace with God. It’s not even okay for us to stand with our family members and friends if that means standing apart from God. Our dedication to God must come first…and…we’re called to share this true peace with others.

Here I want to draw on a second image, and then we’ll move quickly to the concept of “fire” Jesus uses at the beginning of today’s Gospel. I enjoy camping and hiking, and one of the big slogans over the past several years among outdoorsy people is “leave no trace”, meaning, we have to be very careful to enjoy the outdoors without having a negative impact on the animals or environment. Even something as seemingly little as dropping bits of food can create problems for animals who get used to human food.

“Leave no trace” is a good slogan for conservation, but it would be a terrible slogan for living our Catholic faith. For a Catholic to “leave no trace” in the world, to make no difference in the lives of others, would be a tragedy. Yet it’s very tempting to “leave no trace” at a time when people are so afraid of getting involved in each other’s lives, afraid of offending people, afraid of looking intolerant or backwards. There is some part of us that craves the false “peace” of just leaving each other alone.

But Jesus didn’t come to give us that kind of peace, He didn’t “leave no trace” in His own earthly life, and He calls His disciples—including you and me—to take the risk of getting involved in other people’s lives and doing what He does. And what does He do? He has come “to set the earth on fire”!

Now, there seems to be a kind of riddle here. On the one hand, we’ve all learned that the Catholics shouldn’t try to force their faith on anyone. And there are examples today of people pushing each other very hard to think and act in certain ways—for example, what often goes on in social media— and we rightly cringe at that. Pope St. John Paul II used to say, “The Church proposes. She imposes nothing.” So, then, how do we make an impact? How do we help people make their peace with God? 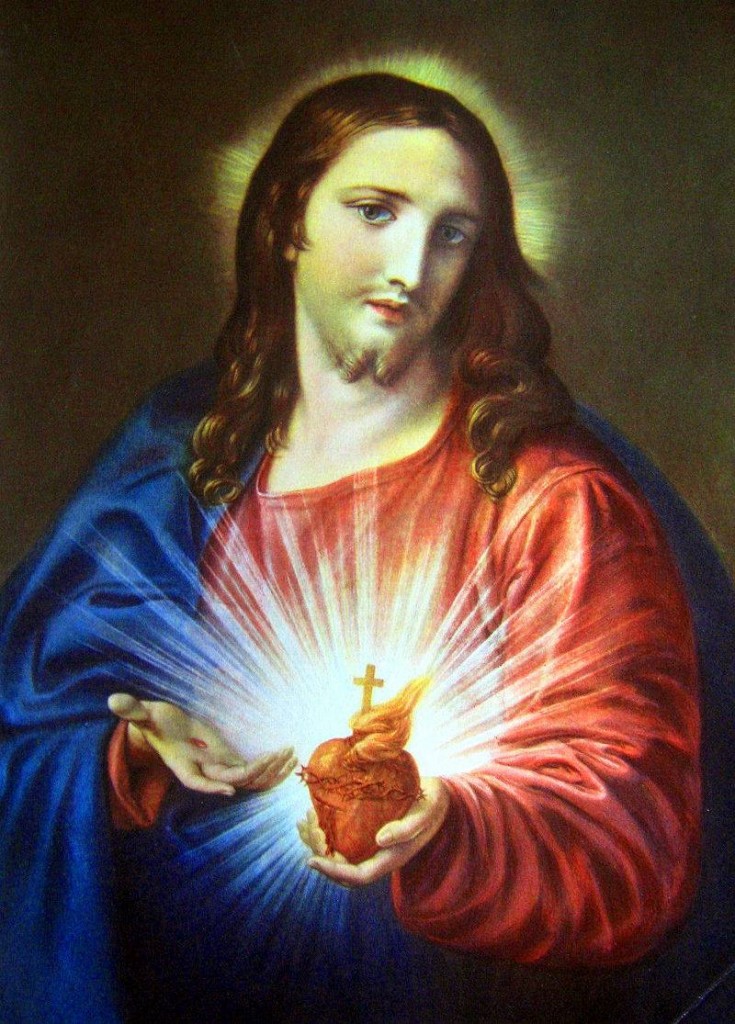 The solution to this riddle is found in the “fire” Jesus talks about. What exactly is this fire? Pope Benedict XVI once said that this fire is “Christ’s own passion of love, ‘a fire that is to be handed on.’” Jesus has set the world on fire with the love that brought Him to the Cross to die for us, that brings Him to our altar so that we might consume His love.

When we receive Holy Communion, we are like candles being immersed in flame. It’s not enough to get close to the fire; we need to be immersed in it. Another image that might help is to think of the Olympic flame, passed on from runner to runner all the way down the line until the great fire is lit in the Olympic Stadium. The love of Jesus Christ is a fire that can only change us for the good. That’s the truth we need to remember as we pass on the flame to others, to our children and grandchildren, to our relatives and friends, to our co-workers and neighbors.
If what we share with them is really the love of Christ—by words, when they are appropriate, and always by the example of our lives—it can only do good. Some people won’t accept this gift; some people don’t want the love of Christ or peace with God. At some point, we can only pray for them and keep trying to set a good example. But many people do want true peace. Many people crave this kind of love, even if they have no idea what it is or where to find it. We have to be confident that what we have to offer is something tremendously good, and that we hurt people when we don’t offer it to them.

Some members of my family are here today to celebrate the anniversary of the death of my Grandma Murphy, who died one year ago yesterday. That puts me in mind of how hard she and all my grandparents worked to pass the Catholic faith on to their children, and how hard my own parents have worked at this as well. There is no way any of us can repay the debt we owe for the gift we’ve received from our ancestors, for what they’ve done to pass down to us the fire of the love of Jesus Christ. But at the very least, we can imitate their goodness, and spare no effort in passing this flame on in the world and especially to the next generation, that our children and all those we influence might know true peace and true love.

[Pictured: “Sacred Heart of Jesus” by Pompeo Batoni, 1767; this painting is in the Jesuit Church of the Gesù in Rome]