“Making Connections at the Ball Game” 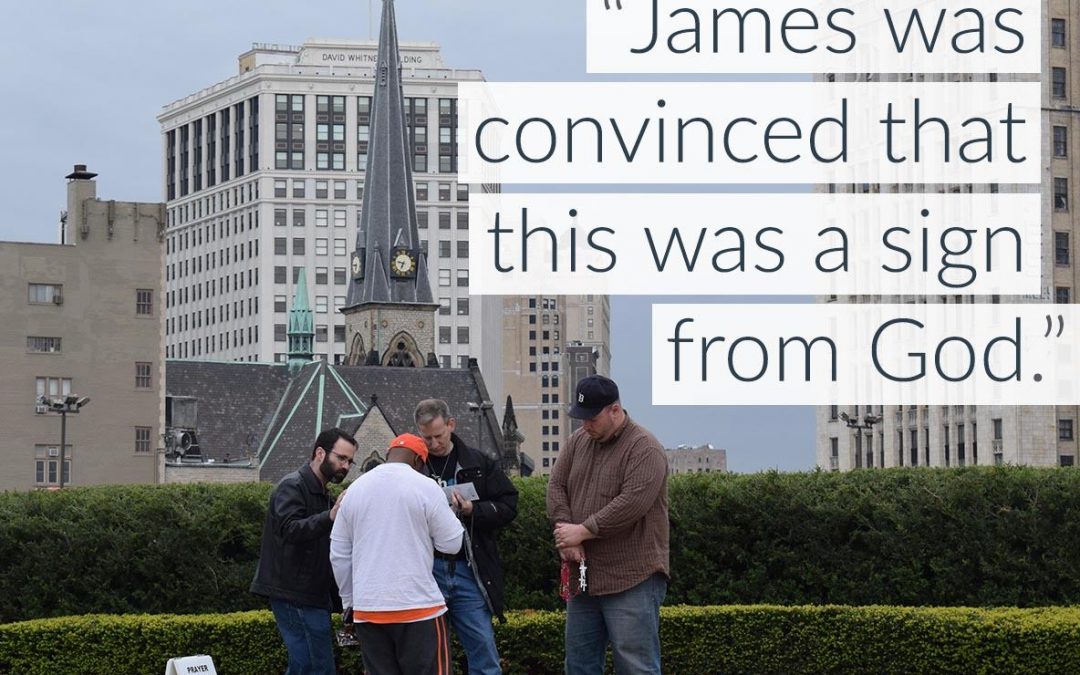 Detroit, MI. Sometimes it’s the little things that plant seeds. A kind gesture, a sacramental at the right time, a word uttered that has prophetic significance. YOU may be the person God is sending to do a job, give a message, or attend to a need. The “crumbs,” the little things, as we see them are not insignificant, as the faith of the Canaanite woman attests, “Even the dogs eat the crumbs that fall from their master’s table” (Mt [15:27]). They have the power to exact big change in a person’s heart when they meet fertile soil.

“Staff from the national SPSE office recently attended a Detroit Tigers baseball game but made time to evangelize before and during the game. Outside the stadium, Adam noticed a man with his arm in a sling. Adam approached Daniel and offered to pray for healing. Daniel graciously accepted, shared that he and his wife were struggling with their marriage and have been separated for the last three weeks. Adam prayed for physical healing and, more importantly, healing between Daniel and his wife.

Immediately after entering the stadium, a passerby noticed the crucifix that Michael was wearing and approached him. Michael offered an identical crucifix to James and asked if he was practicing Catholic. James shared that he was raised Catholic, and still goes to Mass occasionally, but not every week. However, James was encouraged to take his faith more seriously when he witnessed his granddaughter’s First Communion the previous Sunday. James was convinced that this meeting was a sign from God.

When heading to our seats, an usher stopped Steve and asked to see his ticket. Steve pulled out his phone to show his digital ticket and the usher, Karen, noticed the Our Lady of Guadalupe wallpaper and said, “wow, that’s a beautiful picture!” Steve took advantage of the opportunity and gave a Miraculous Medal to Karen and asked if he could pray for her. Karen asked Steve to pray for her husband who was in hospice care. Karen came back and visited the evangelists and continued the conversation a few times near the end of the game. After the game, as we were leaving, Steve gave Karen his business card and she promised to keep in touch.”

Praised be Jesus Christ! They may seem inconsequential to you, but a well placed sacramental, or one given in charity, can unlock the key to grace when activated by faith. Beautiful art, invitations to worship, offers to pray for healing…these are all the “little things” that have the potential to be very meaningful to a person in need of them. We make connections by building relationships, just as Christ invites us to “come and see” and be in relationship with him. Join us!