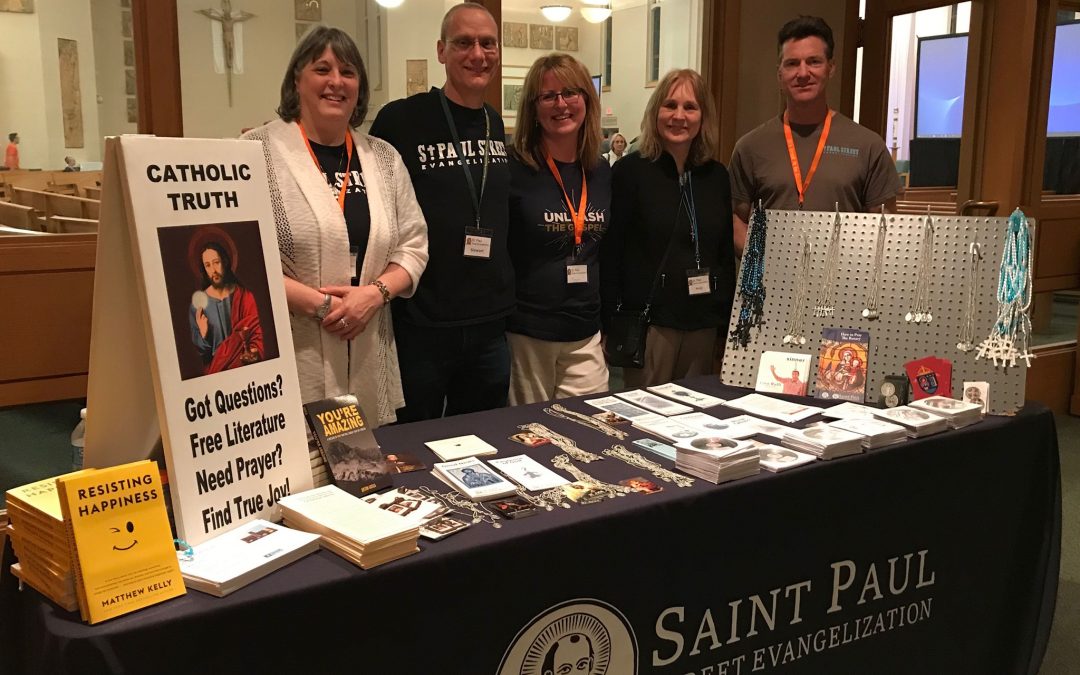 New Baltimore, Michigan. St. Alphonsus Liquori tells a curious story in “Uniformity With God’s Will” regarding the will of God when it comes to healing: “A client of St. Thomas of Canterbury, who being sick, went to the saint’s tomb to obtain a cure. He returned home cured. But then he thought to himself: “Suppose it would be better for my soul’s salvation if I remained sick, what point then is there in being well?” In this frame of mind he went back and asked the saint to intercede with God that he grant what would be best for his eternal salvation. His illness returned and he was perfectly content with the turn things had taken, being fully persuaded that God had thus disposed of him for his own good.”

God’s will may not always make sense to us, as “His ways are not our ways”(Is 55:8). But we can trust that He wills the good for us, as we will see in this report from SPSE evangelist Anne in New Baltimore, Michigan:

“St. Mary Queen of Creation Awaken event was phenomenal. St. Mary recently started a SPSE team (Kym, a St. Mary, SPSE team member, is pictured here in the middle of SPSE Awaken evangelists Denise, Stewart, (Kym), Margy, and Mark.) Many stopped by the SPSE table. Some availed themselves of a rosary or other literature. Others asked for prayer.

Two elderly couples came rather early. They had never been to Awaken before but one couple had coaxed the other couple to join them. I happened to be walking in when they were as I was getting SPSE supplies from my vehicle and still setting up. One of the men offered to hold the door since I was carrying supplies. As he opened the door, I noticed that he seemed unable to lift is arm in a normal way. I mentioned to him that part what we (SPSE) do at Awaken is pray for people and that his shoulder looked as if it was sore. He seemed shocked and asked “How did you know that my shoulder is bad?” I shared that I’m very aware of things like that. He agreed to have us pray for him. Once I finished setting up, I noticed that the Awaken event was not set to start for another 15 minutes. I went into the church to find the man and ask him about having us pray for him and he was just coming out to find me! I had him sit down and did a brief interview after we chatted and exchanged names. The interview included things the pain level, how long he had the problem when it first started, and if any major life events occurred around the time it had started. It seems that he has had shoulder issues for a very long time and was getting worse as the years rolled by. A degenerative breakdown of the shoulder was the diagnosis and he had no pain but could only lift his arm until it was parallel with the floor. I called over a prayer partner from our SPSE team and we prayed. When we finished he had a big smile and he tried to lift his arm again and said “It’s the same but thank you for praying!” We prayed one more time. I sensed that the Lord wanted him to praise Him (the Lord) by lifting his arm during the worship portion of the event. “Jesus sometimes heals when we take an action, ” I said. He was quite joyful when he went back to his seat. It seemed he had not received prayer like this before. His faith was strengthened! And I cannot tell you if God healed his shoulder that night but this man knew he was loved when we were done praying.”

Praised be Jesus Christ! “Trust in the LORD with all your heart and lean not on your own understanding; in all your ways submit to him, and he will make your paths straight” (Prov 3:5-6) Faith is strengthened by prayer, and prayer leads one to greater trust. When we pray for others, we strengthen others, just as we are strengthened by Our Father in Heaven. Praise God for His abundant mercy!