“Healing of a Hip” 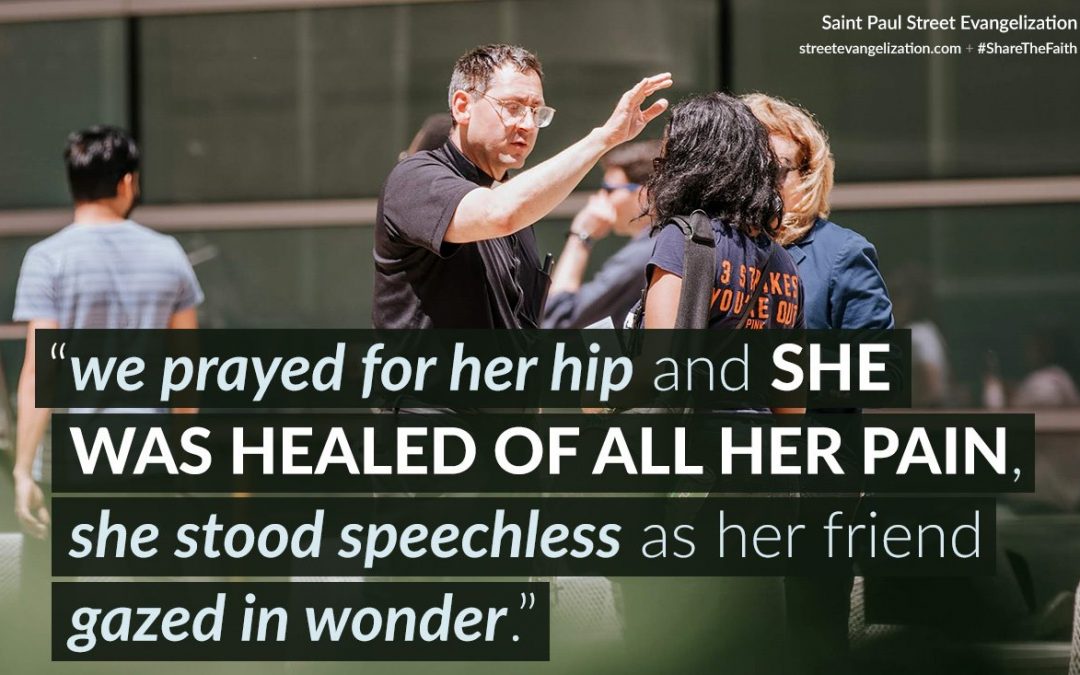 San Diego, California. Unforgiveness is at the root of many things. It can also be a kind of ‘spiritual blockage,’ as is seen by those who do deliverance ministry. The physical equivalent would be a kind of cholesterol that blocks the arteries and keeps the blood from flowing. Failing to forgive is like drinking poison yourself and waiting for the other person to die. As we will see from this report, the healing power of Jesus Christ can open the eyes of the blind–both physically and spiritually speaking.

“A woman we met who had 9 out of 10 pain was healed in her hip. First she talked about how she had been rejected and hurt by her church and many Christians. We apologized for them and had a good conversation about how Jesus would have wanted her to be treated. We said a brief prayer and were on our way but Reggie stopped and asked her if she needed any prayer for physical healing. It was then that we prayed for her hip and when she was healed of all the pain, she stood speechless as her friend gazed in wonder. She acknowledged that it was in the Name of Jesus that she was healed and was now open to giving Jesus and Christians another chance.

There were many encounters, many Rosaries, Miraculous Medals, and pamphlets given away, People were encouraged to take the next step in their faith. It was a very fruitful day in sunny San Diego for St. Paul Street Evangelization. Praise God!”

Praised be Jesus Christ! We have too little faith, and fail to believe that God can work miracles, even though HE WORKS THEM EVERYDAY through ordinary Christians like you and I. The powerful Name of our Lord Jesus can straighten crooked limbs and soften hardened hearts. Sometimes there is no other way to explain the workings of the Holy Spirit! Join us!