“He now wanted to be baptized in the Catholic Church” 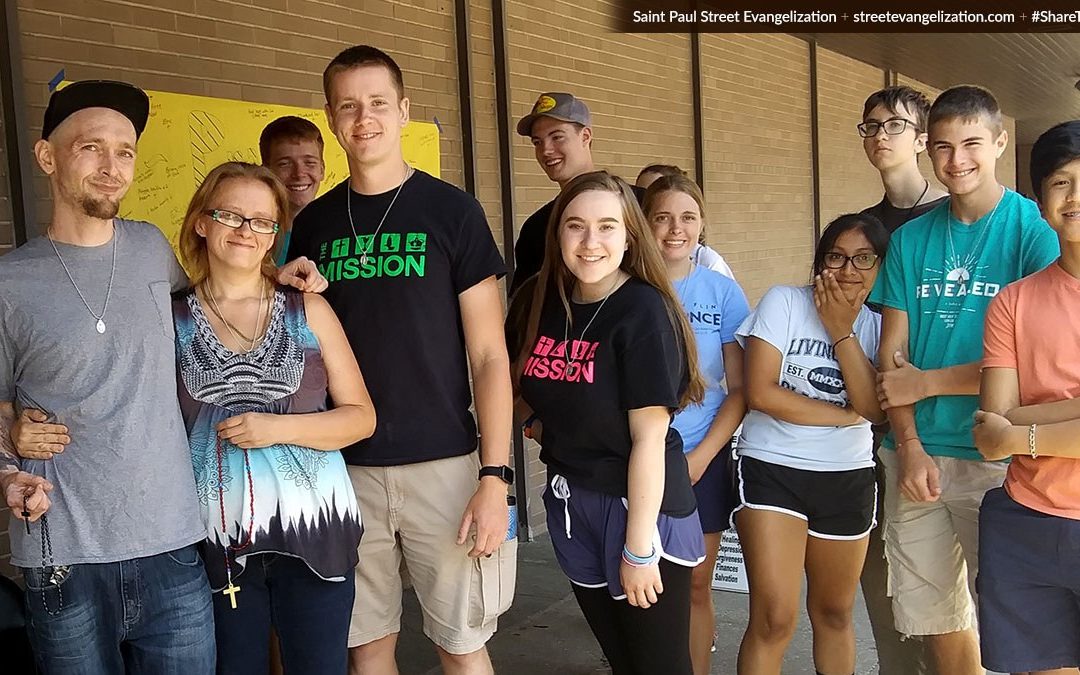 Flint, MI. It’s exciting to see the next generation of evangelists coming up. During our recent Flint, MI youth conference, we witnessed the Lord using the youth just as readily as he uses adults to evangelize. Just look at Jeremiah 1:6-7, “Ah, Lord GOD! I said, I do not know how to speak. I am too young! But the Lord answered me, Do not say, “I am too young.” To whomever I send you, you shall go; whatever I command you, you shall speak.”

The following report comes from one of the teens that attended The Mission: Flint youth conference a few weeks ago:

If I’m being honest, I was not confident about how yesterday would play out. I was afraid that Riley and Josh were going to have to do all of the talking for me because of how nervous I was, but thank God it didn’t turn out that way. We met so many types of people, from those who were homeless to lawyers, to average people like me. We talked to people who had different faiths, but even they were kind and some even still gave us intentions. We prayed with people who had cancer, diabetes, family issues, and plenty of other things, and sometimes I even led the talking that inspired people. That’s a feeling I’ll never forget.

I also saw one of the most powerful things I have ever seen before. A woman came to our table and told us about a serious knee injury she had, and how she was going to need a knee replacement as soon as possible. We started to pray for healing, and when we finished she moved her leg around and tried bending her knee. Then, she told us that her pain had gone from a 10 to a 0. And a man who was with her said he now wanted to be baptized in the Catholic Church.

Praised be Jesus Christ! It gives us great hope and joy to see the our youth embracing the faith and sharing it with others in a very powerful way. Thank you to all the teens who were involved.