“You never know what God has in store!” 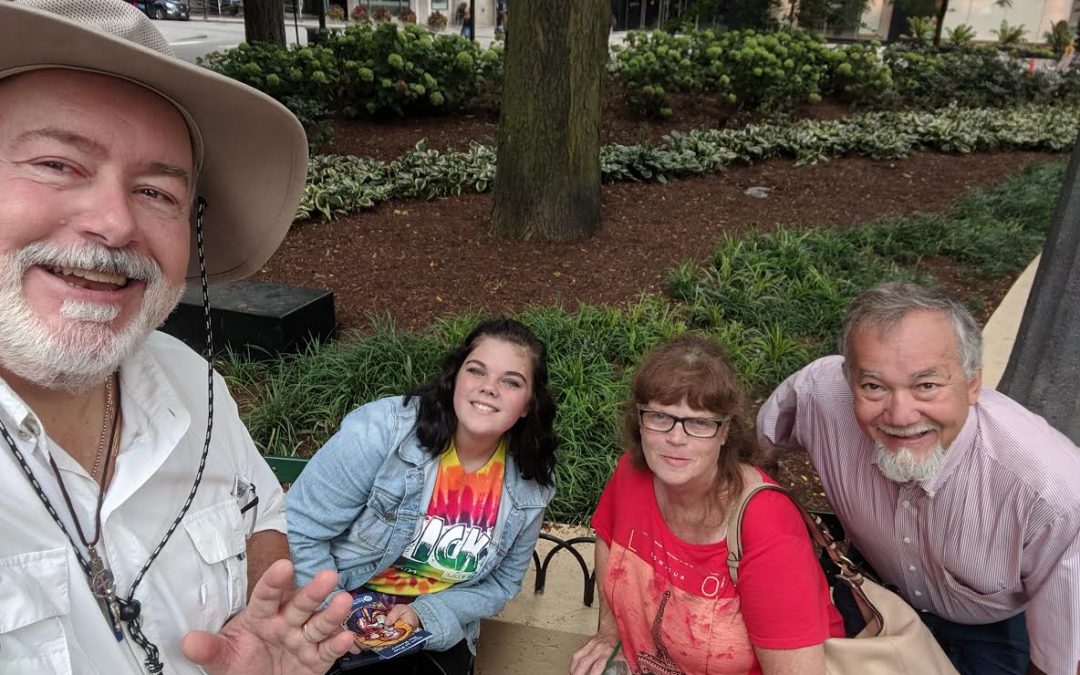 Chicago, IL. One of the greatest (and occasionally, scariest!) parts of being a Christian are the surprises that God has for us almost every day. As Pope Francis reminded us July 2018, “…the grace of God often presents itself to us in surprising ways, which don’t line up with our expectations.” Many of our evangelists can attest to this. Days filled with coincidences, strange encounters, hearing a word that we didn’t even know we needed, running into an old familiar face, etc. Today’s story is full of variety…a baptism, some wonderful healings, hospitality, a war hero…when you go out to do God’s will, He often has a surprise or two up His sleeve!

The following report comes from our Chicago, IL team:

We went out last Saturday in Chicago. (The day started by parking at 777 Michigan Avenue so you know this day had to be good!) First person we met was in the garage of all places! He saw us proceeding to walk out as we were carrying the Catholic Truth sign and his name was Fritz. He was shot down and rescued as a Navy fighter pilot flying the F-4 Phantom in Vietnam. He went on to fly 136 combat missions and complete 356 carrier landings. He just published a book about how Jesus saved him and kept him safe and sane while during his service years and thanked us for what we were doing on the streets.

In only about an hour and a half we gave out 50 rosaries. One young girl that was never baptized decided to go back home and get involved in an RCIA program. We prayed over another woman who said she had nothing but chaos in her home and life and after she felt the overwhelming peace of the Holy Spirit envelop her she wept uncontrollably with joy. Another woman decided to go to a Catholic Church in Chicago to get baptized because of her encounter with us. Not only that but one of our team members said his family will take her to dinner to celebrate the big day and that he would meet her at the church the next day to get her started. One person from Canada was healed of back pain of a 7 on a 10 scale. Another person who was begging on the street from an electric wheelchair was healed of a 6 level constant pain in her legs (she had a skin graft on her burned legs) and now her pain is zero!! THANK YOU JESUS!! God Bless You All!

Praised be Jesus Christ! Let us keep open minds and hearts as we go out on the street to share the Good News. You never know what God has in store!