“They Still Need The Church” 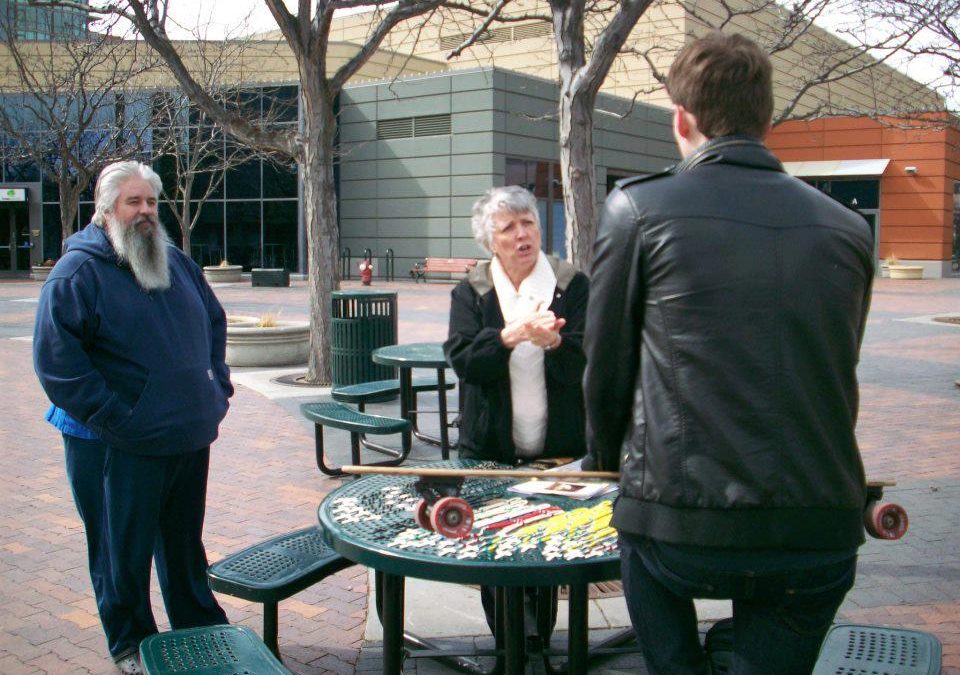 Boise, ID. Many people we encounter are lacking the fullness of truth to some degree, and the only sufficient answer to give them is Jesus Christ and His one true Church. If people only knew what they were missing! That’s where SPSE evangelists come in. We speak the truth to souls on the street the best we can, pray for them, and leave the rest to God. As St. Bernadette Soubirous would say, “My job is to inform, not to convince.”

The following report comes to us from evangelist Lucy and our Boise, ID team:

We had plenty of encounters today. Here are just a few of them: A down-and-out looking man, perhaps 30 years old, professed to be pagan. Evangelist Chuck asked how he came to his current set of beliefs, and he said an internet video expressed everything he wanted to believe. He was running late to work, so evangelist Chuck asked him to stop by again next week and continue our conversation. May God clear up his muddled beliefs!

Two teens, a guy and gal, stopped on their way to film a music video in the center of the plaza. The photographer accepted a rosary and its pamphlet, thanking us for being there and doing what he thought must be a thankless job. He said he identified with a non-Catholic Christian denomination, but did not respond when evangelist Chuck told him he used to belong to the same denomination. The photographer took a rosary and its pamphlet. She did not.

“Manny” was our last visitor. He admitted to messing around with occult practices. And has found to his dismay that getting free is not as easy as just going to confession. Our evangelists were able to give him some pointers on how to begin the process of getting the help he needs to get truly free. Please pray for him. He would like to come back to the church.

Praised be Jesus Christ! We always meet so many souls in need, so please continue to pray for this team and all the teams across the world. Also, the team requested prayers for Walt, who is fighting infections and had two strokes, and “Zach” and “Ray”, RCIA candidates who have recently developed serious resistance to the Faith.