“From Campus to Bible Study” 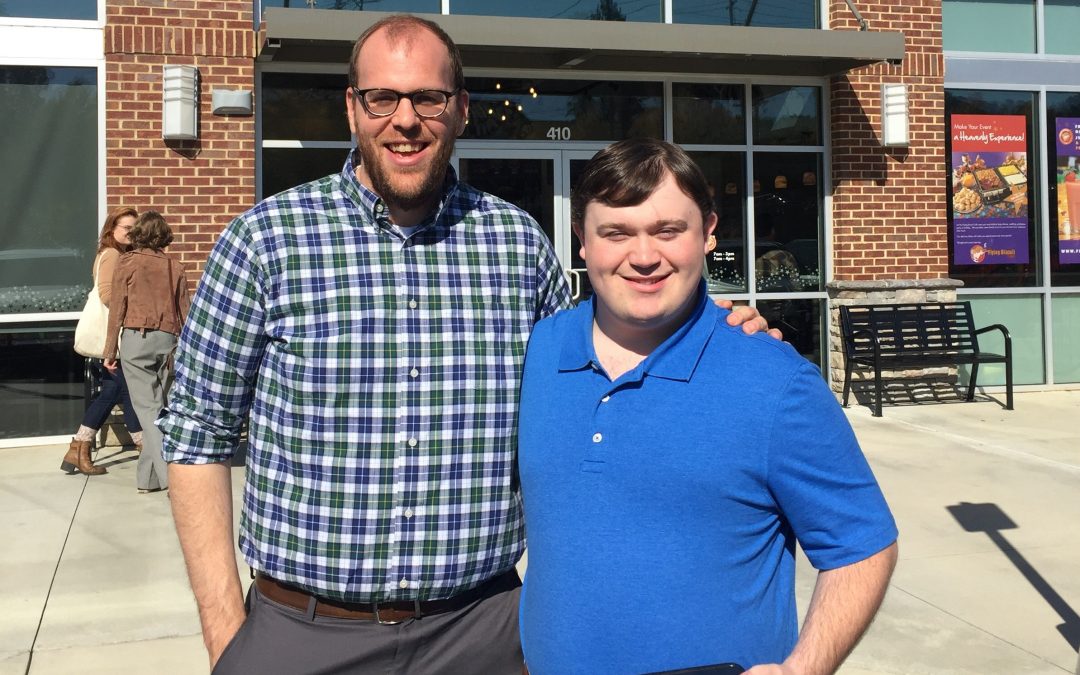 Atlanta, GA. College is often called a place of higher learning, but sadly, for a variety of reasons students rarely learn about higher things like God, the saints, and heaven. Thankfully today’s story shows us that there is still hope! Two students heard the truth preached to them by one of our evangelists, and have begun a path hopefully towards entering the Catholic church.

The following report comes to us from evangelist Brian in Atlanta, GA:

A few weeks ago I had the opportunity to evangelize on a local college campus. I had a conversation with two guys that were led by the Holy Spirit. The first was a fallen-away Catholic named Christian and another was a student named Brett. When I asked Brett what he would say if someone asked him “Who is God?” Brett’s answer was, “The God of the Bible of course!” I then asked Brett if he’d like to attend a Bible study with me, and he accepted. I later invited Christian and he also accepted.

The following week I led a Bible study for both Brett and Christian. We reviewed two stories. The first story was from the book of Kings where Elijah asked the prophets of Baal to build two altars for a burnt offering. The god of Baal didn’t show up, but the God of Isaac, Abraham, and Jacob did. He showed up through a prayer Elijah made that the people would know Him and turn their hearts back to Him. Then, even though the altar was underwater, a fire began. The Lord showed up with great power and conviction so that the people would know who He was God and turn their lives back to him. I shared with them God wants to reveal who he is, and that if they thought that was powerful that there was one more story that was even more powerful.

Then the second passage we read was the end of Jesus’ passion. Specifically Jesus’s last moments on the cross, and how the people mocked Jesus and told Him that if he truly was the Son of God that he would come down from the cross in power. Instead, Jesus chose to die. Why wouldn’t Jesus want to show up in power the same way as He did in the story of Elijah? We then read on about how that wasn’t the end of the story. The end of the story is that Jesus rose from the dead. He didn’t avoid death, He conquered it. He chose to die as reparation for our sins. God revealed Himself in the most powerful way, and He did so in order to give us the forgiveness and grace we need to lay down our own lives so that we may rise like He did on the last day.

After the Bible study, Brett has attended Mass with me every Sunday. Last Sunday we even went to brunch so I could answer his questions as to why the Church has more books in the Bible than Protestants and the Catholic teaching about purgatory. Brett is very open. I ask that everyone continue to pray for Brett in his own journey of faith. That he may continue to grow in His own relationship with Jesus and be open to the graces God has for him through the Catholic Church.

Praised be Jesus Christ! Every person that learns the truth about Our Lord and His church, and chooses it, must cause great joy in heaven. As we continue to fulfill our mission here on earth to share the good news with those we encounter, may we do everything we can to help make future citizens of heaven!