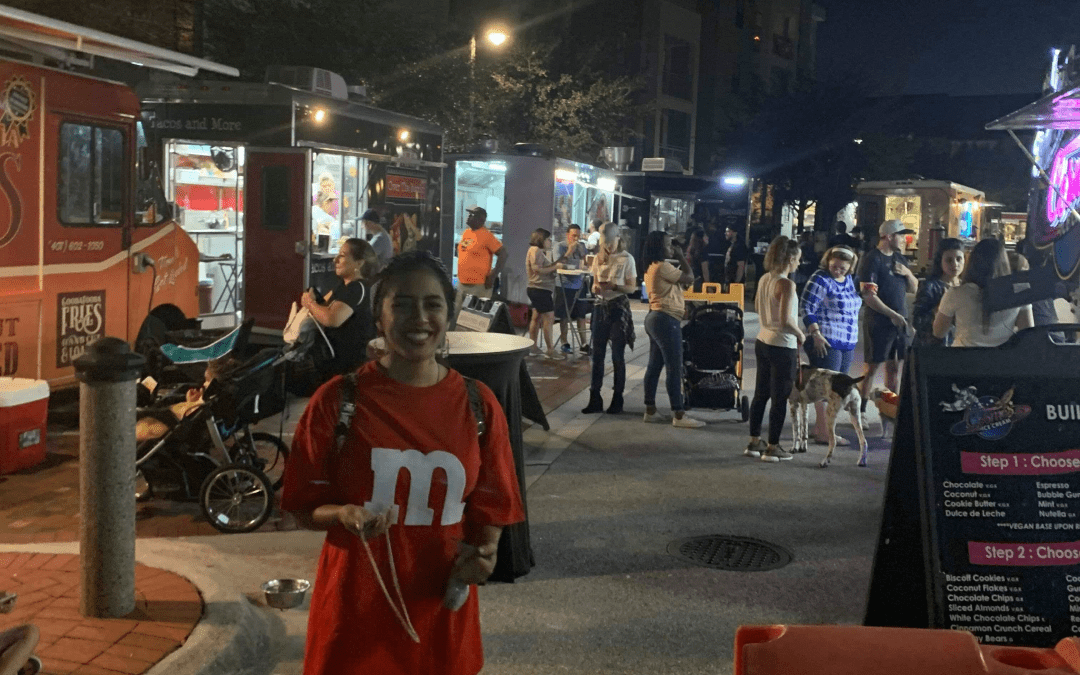 Orlando, FL.  Today is the last story in the “Fiesta in the Park” series.

We had a young man walk up directly to the tent and start asking questions about our faith. While the other evangelists were talking to him, his girlfriend came over and I began to talk with her. I asked her if she had any faith, and she mentioned that she was spiritual but did not have any particular religion she followed. I asked her if she ever considered Christianity or if she was raised in any certain religion. She told me that she believed in God but that she did not see any one religion as the only correct religion. So I started to share with her about what God had done through his son Jesus when her friend came over. I reintroduced myself and asked her friend if she had any faith. Her friend mentioned believing in God and being raised in a Christian home. I started sharing my testimony on how my faith had really pulled me up through difficult times and she admitted receiving a lot of peace when she prayed. She began to open up about how fruitful her prayer time was because she felt peace and order in her life and became animated in sharing about the goodness that God had to offer. I was a bit surprised but joyful that she was sharing her witness in front of her friend (God knows what He’s doing!) and then they had to get going so I gave them my contact information to reach out if they wanted to continue the conversation.

One of the last encounters we had near the end of the festival was a beautiful African American family strolling along. I offered the elderly woman a rosary, and she accepted it very curiously. As I explained to her how to pray the rosary, I offered her and her family the free resources we had out on the table. She began giving rosaries to her grandchildren to take for prayer and asking about the organization. I shared with her that we were a Catholic ministry in the area sharing about our faith with people. She told us that she wasn’t Catholic but that her parents had enrolled her in a Catholic elementary school where the nuns take her to pray. She still remembered half of the Hail Mary and how nice the nuns were to her. The woman, Cathy, told us that she was excited to pray the rosary. Her daughter asked about a CD I left on the table by Fr Mike Schimtz called “Could God love someone like me?” I told her she was free to take it as well as anything on the table because it was all free. She proceeded to take one of every single pamphlet! Cathy saw a Divine Mercy card and mentioned that she had heard that song on the radio where they say “have mercy on us and on the whole world.” We told her that it was actually a Catholic prayer and gave her the card with the instructions to pray it with the rosary beads. We also told her the story of St Faustina and that there was a movie coming up in December where the whole family could watch the story of Faustina, which we wrote down for her on the Catholic audio card. We asked Cathy if she needed prayers for anything and she asked us to pray for many of her family members in the US. We prayed with her right there and then and the family left with a good amount of resources.
We wrapped up our event in thanksgiving for the many people we encountered throughout the weekend. We met over a hundred people for our first festival in Orlando and will continue to pray for all the people we encounter.

Praised be Jesus Christ! What a fruitful experience the “Fiesta in the Park” was! Thanks be to God for all the encounters. Please pray for everyone we spoke to that they may continue on the good path that God has set before them.