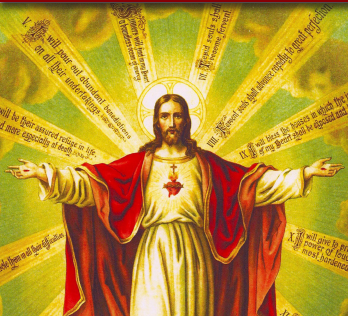 Birmingham, MI. Theodicy is “the vindication of divine goodness and providence in view of the existence of evil”. That is to say, it explains how a good God could allow pain, suffering, and evil to exist. We must remember that suffering begets love (if we allow it to). The of an individual can bring about compassion in his neighbor. It can also bring that individual (or his family and friends) to their knees and help them realize that they need God. We pray that the man in today’s story experiences some of the good that God intends from his suffering.

Click here to read more stories from the team in Troy, MI

The following report comes to us from evangelist Beth, a member of our team in Troy, MI:

Yesterday I joined the SPSE team on the streets of Birmingham. I spoke with one man, Terry, who didn’t believe in anything (although he was Jewish). It was clear he’s had a rough life and when I asked him if he had any prayer intentions, he said, “Yeah, my wife.” I asked for specifics and he said, “she’s dead, you can’t do anything about that.” That lead into a discussion about everlasting life with God in heaven. After some back and forth I reached for the SPSE “Good News” flyer. We flipped through to the back and I gently walked through that prayer with Terry. He had such a willing heart. He said “YES I want everlasting life!” I was praying to the Holy Spirit the entire time and the discussion lasted for about 15 minutes. He even recognized that God orchestrated the encounter saying that God must have known he would walk down this street this evening. He continued, saying that it’s a strange thing to meet a church lady on the streets of Birmingham. We did end in prayer asking God to make himself known to Terry and also renouncing the temptations and evil that Terry acknowledged attack him. He didn’t want to go to church (I suggested the National Shrine of the Little Flower Basilica in Royal Oak), but he did keep the Good News flyer saying he will pray the prayer each day.

The team had so few supplies that evening. I’m so glad that I had the Good News flyer to give him. I pray that Terry will be open to the Holy Spirit working in his life. One of the things about Street Evangelization is that there is rarely any opportunity for follow up, unless we purposefully exchange information. This encounter is but one link in a chain for Terry. I don’t know what happens next for Terry, but I continue to pray for him and the many others I’ve spoken with over the years.

Praised be Jesus Christ! Please join us in praying for Terry and all who are suffering in the world today. “Lord, we beg you to help us remember the good that you intend from our suffering, and not focus on the pain and discouragement that we so often tend to dwell on. Amen.”