“Evangelizing at a Crash Scene” 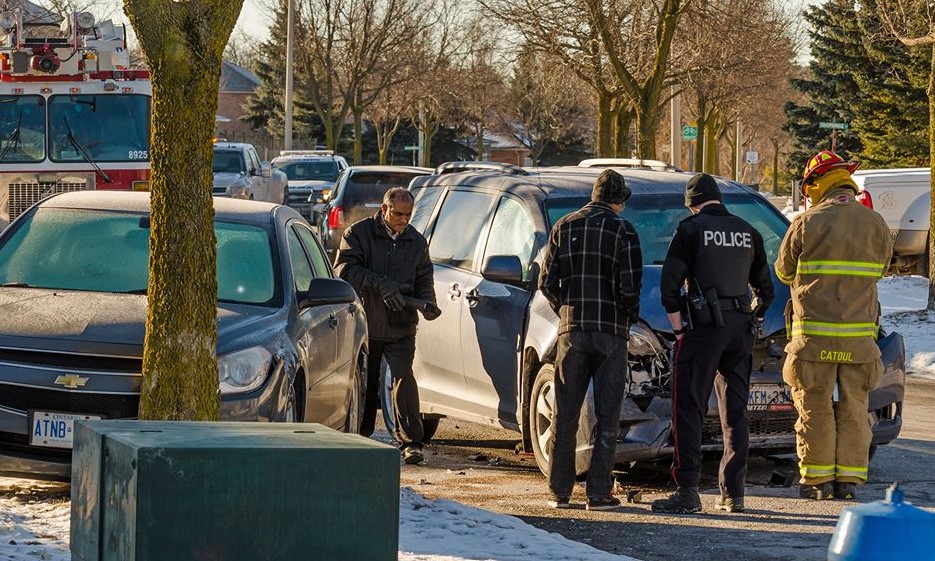 Novi, MI. Where do you draw the line? Have you ever thought about a situation that might cause you to say, “No, I couldn’t evangelize there.” Today’s story features a woman who shared the Good News at the scene of a car accident. If you think about it, situations like these (while challenging) could be a place where the gospel is needed the most. Of course we must be prudent and not step in when the timing isn’t right, but we should keep an open mind and heart to evangelize whenever God might call us to.

Click to learn more about our live School of Evangelization in Novi, MI

The following report comes to us from evangelist-in-training Donna with the live School of Evangelization in Novi, MI:

I was on the road during rush hour when I noticed there was an aggressive driver behind me. I moved over to the right lane to get out of his way. After he passed, I thought about the driver and nowadays I briefly pray for each one. A thought crossed my mind…maybe he had a long day at work and was anxious to get home. Or maybe he was headed to work up the road and is late. As these thoughts were crossing my mind, I noticed an accident ahead. Sure enough, the man who had passed me was in a crash in the lane I got out of!!! And I still hadn’t prayed for him. Thankfully he was OK, as were all cars (four total). His car, however, was pretty much attached to the car in front of me. Now I was stuck. So I called 911 for them and prayed for God to make stress levels to go down and goodness for the aggressive driver. I should note, the roads were slick and snowy.

I heard the Holy Spirit prompting me, “now is your chance.” The young man was moving to an area to the side of my car with another driver!! I called out, “you, no you”, and pointed at him. He came right over looking sheepish and I said, “Hi, are you OK?” Remember me, in front of you? To which he replied “yes”. I said “when you went by me I hadn’t prayed for you yet, but God’s talking to me about you and He wants you to be careful and he wants me to be sure to give this to you. Will you take it? He looked down and saw Jesus Divine Mercy/St. Paul Evangelization card and said “yes”. His face LIT UP and said “Oh man, I so appreciate you, you don’t know.” I had to get out of the way, but again, said it’s from God.