“Capitalizing on a Captive Audience” 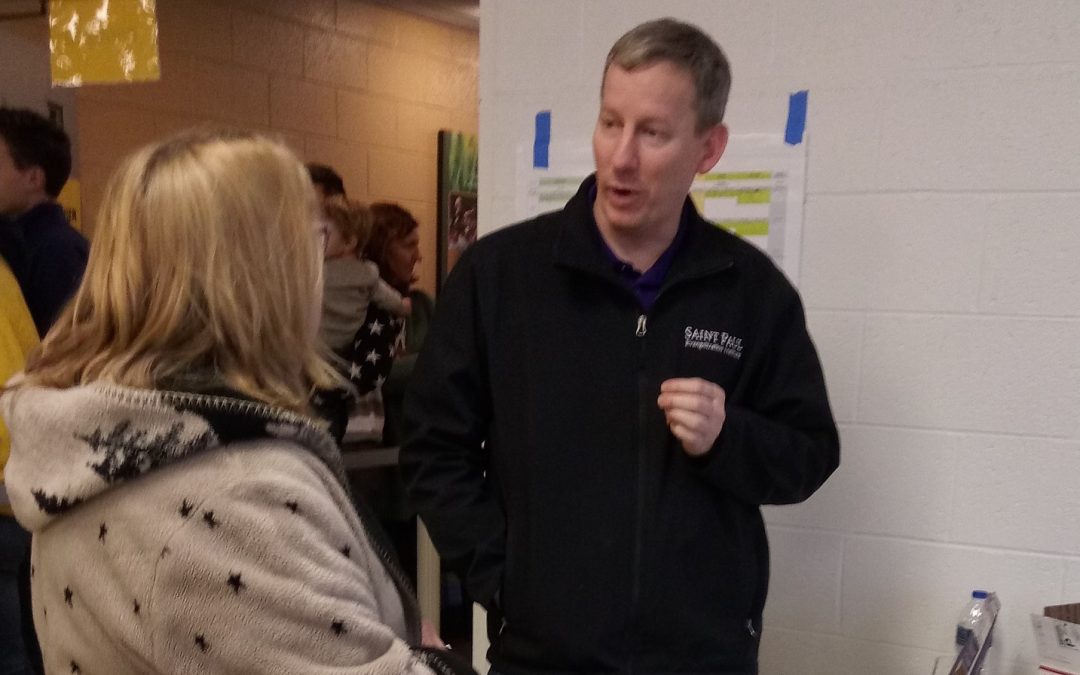 Ann Arbor, MI. The checkout line at the grocery store. The waiting room at the doctor’s office. The queue for the buffet. One of the most captive audiences for sharing the gospel are those who are stuck waiting for something. Our team in today’s story capitalized on a great opportunity to evangelize while folks at a fish fry were waiting in line for their food or perhaps passing the time while their family finished eating.

The following report comes to us from evangelist Mark with the University of Michigan team in Ann Arbor, MI:

Bob, Joe, and I evangelized at Old St. Patrick for the first fish fry of Lent. This is probably the largest and most popular Lenten fish fry in the Ann Arbor area. Half of the people that we spoke to were practicing Catholics while the other half was another Christian denomination. Bob had a lengthy conversation with Lisa, a fifty-something woman who attends a nearby United Church of Christ. Lisa believed that Baptism is just a sign of one’s faith and that it isn’t necessary for salvation. Bob cited several scripture passages that contradicted her belief. He mentioned 1 Peter 3:21, “Baptism now saves you” as well as Acts 22:16, “Get up and be baptized, and wash away your sins, calling on His name.” Lisa was surprised by what she heard and she soon became defensive. Rather than start an argument, Bob changed the subject and spoke about the different manifestations of grace. Bob explained that sacramental grace, like that conferred in Baptism, leaves an indelible mark on your soul. Even if someone were to fall from grace and live a sinful lifestyle, they still have the mark impacted on them by their Baptism. Lisa thanked Bob for the conversation, accepted one of our Baptism pamphlets, and promised to study more on the subject.

There was a long line to buy food and the line often stretched past our table. I capitalized on the captive audience and reached out to those who were patiently waiting. I spoke with Michelle, a middle-aged mother there with her daughter. Michelle immediately recognized our rosaries and reminisced about her days at Catholic school. Michelle is a lifelong Methodist and, despite her Catholic education, she has no knowledge of the rosary. I handed her a “how to pray the rosary” pamphlet and briefly explained it as “the Bible on beads” and “meditation on the Gospels.” Michelle was surprisingly receptive to everything I said, and she asked for a business card to follow up.

Many people passed by and talked about the beautiful exterior of the historic church. I told them that the church is open and even more beautiful on the inside. I recommended that they go to Stations of the Cross after dinner and, indeed, a dozen of them did. Joe spoke to many young families, encouraging parents and children to pray the rosary together as a family. He offered them Guardian Angel cards, which are often popular with young children and their parents. Joe and other evangelists will evangelize at all of the remaining fish fry dinners for the rest of Lent.