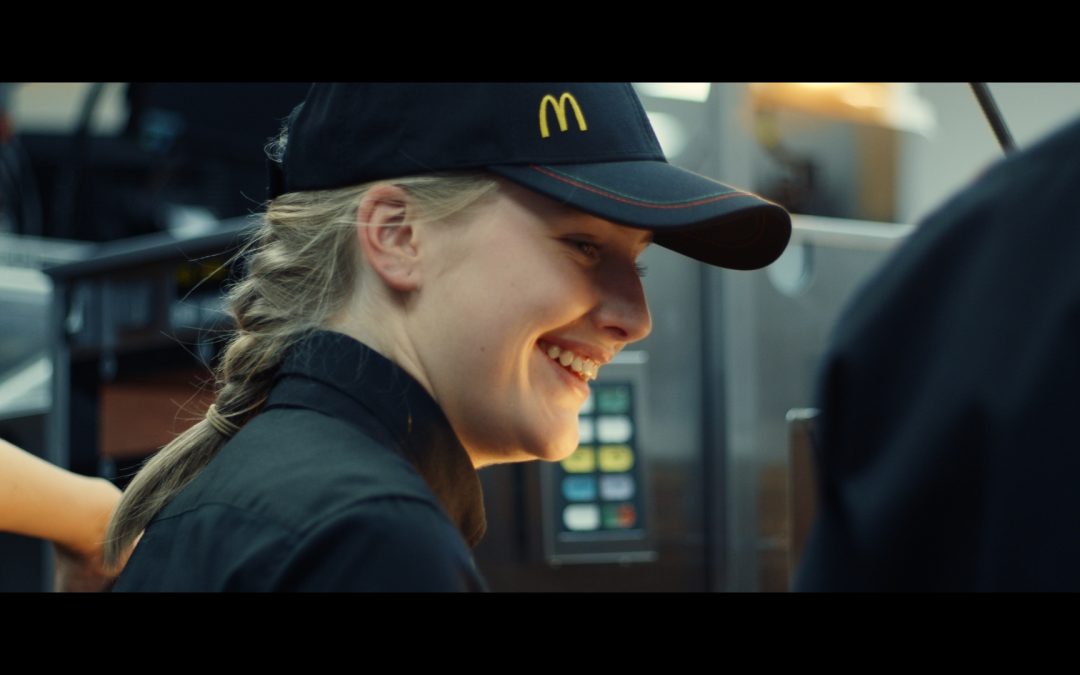 Novi, MI. Have you ever tried unsuccessfully to talk with a person about God, only to find out that the person you wound up talking to instead was exactly the one God wanted. That might just be the case in today’s story. Our evangelist was able to share Our Lord’s Divine Mercy with a young woman who seemed very enthusiastic about the sacred image.

Click here to learn more about the live School of Evangelization

The following report comes to us from evangelist-in-training Donna with the live School of Evangelization in Novi, MI:
A few Saturday mornings ago, I went to a nearby McDonald’s to grab something quick to eat for breakfast. After the cashier was done taking my order, I made small talk asking if an employee (“Lily”) I was familiar with was working since I wanted to give her something. (I had evangelized Lily on two previous occasions.) As the conversation continued, I showed the young woman I was speaking with an Alpha course invitation that I wanted to give her coworker.
Then I pulled out a Divine Mercy card that I also wanted to give to Lily. The young woman brightened up when she saw the small prayer card I had for her coworker, so I asked if she would like one too? She said, “Sure, great!”, and I began to explain that the image was of Jesus and that there were great graces for anyone who simply gazed upon it. She beamed! Unfortunately I had to get going so as not to obstruct her from doing her job.
Praised be Jesus Christ!