“Reaching Out to Souls” 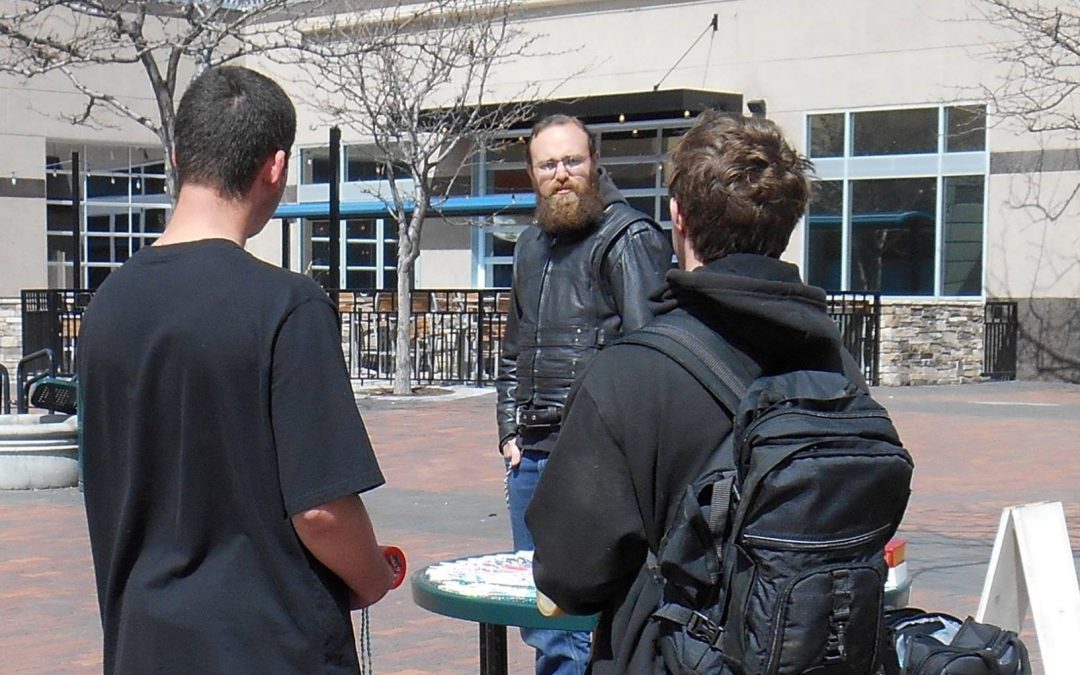 Boise, ID. If a person is drowning in water, they are likely desperately looking for a helping hand. The thing is, most people in today’s culture of death don’t know they’re drowning…spiritually speaking. They know something is wrong, but either won’t acknowledge it or try to dull the pain with something. So when we call out to them on the street, they often don’t see our hand reaching out as something they need. Today’s story is a good example, as many people were out enjoying the pleasant weather, but not too many stopped to talk to our evangelists.

The following report comes to us from evangelist Lucy and our SPSE team in Boise, ID:
Two evangelists came out today. The weather was nice and many people were out, but we had relatively few visitors. Of those who visited, we had a few worthwhile conversations. For instance, a Catholic man, accompanied by perhaps wife and mother, stopped to accept a rosary. They are not currently attending Mass, so we gave them the list of area parishes and encouraged them to get back to the Eucharist.
Two young men stopped. In their late teens, they attend an upscale charter school in the area. One accepted a Rosary, saying he knew what it was. The other teen did not want anything. Evangelist Chuck spoke with the teen who took the Rosary. He had been raised Catholic by his mom and grandma but was reluctant to talk about where his faith was now. He did say he’d try praying the Rosary.
One 20-something man accepted a rosary and its pamphlet from us. He did not know anything specific about the Rosary, saying he was a non-Catholic Christian. But he was curious about Catholicism and wanted to attend Mass at some point. He declined our list of area parishes, saying he lived on campus and would just attend Mass there. Evangelist Lucy gave him the Sunday Mass time for that evening. Also, a group of 2-3 young adults stopped. One wanted a Rosary because his grandmother valued it. We encouraged him to try praying it.
Praised be Jesus Christ!