“A Meeting With Marisol” 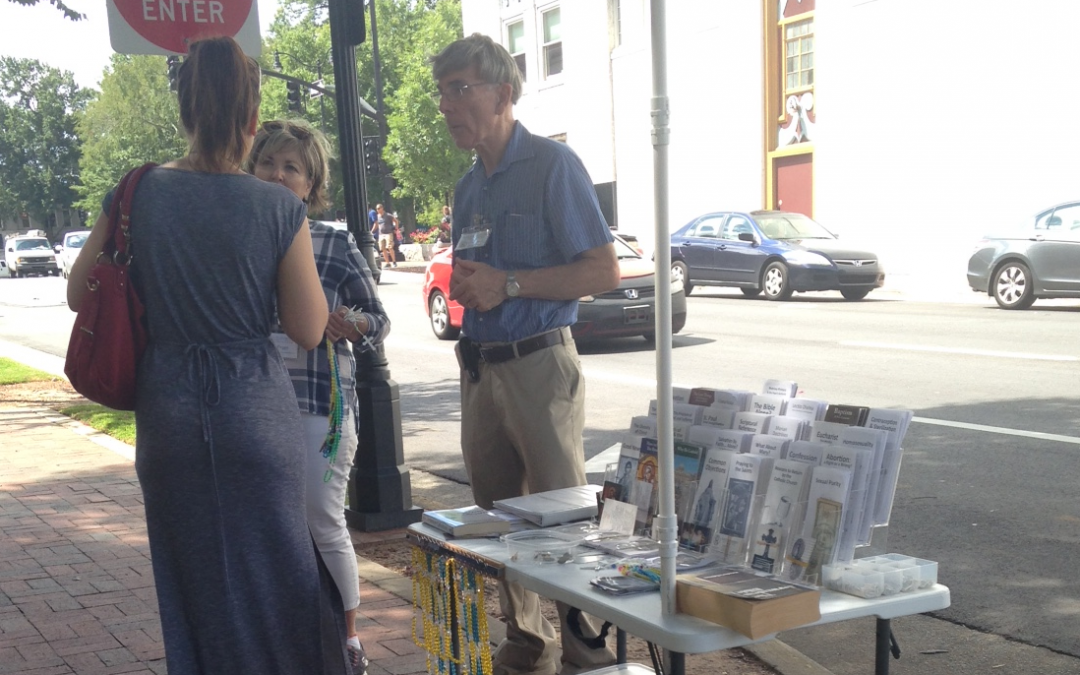 Atlanta, GA. In the end, it’s God that does the converting. All we can do is plant seeds. We’ve all heard this time and time again, but it never hurts to hear once more. That way, the pressure is lessened and we can just do our simple, little part and let God do the heavy lifting. That’s what the evangelist in today’s story did. He laid out all the facts, and let the woman he was speaking with decide for herself. The fact that she stayed to listen and even became interested in things that contradict her own beliefs gives us hope that the seeds may have landed on good soil.

The following report comes to us from evangelist Clarence and our Greater Atlanta team in Georgia:
I was at my SPSE table one day at a college in Georgia when a young woman of Mexican heritage approached. “Free rosaries!”, I offered cheerfully. “What church do you go to?” The woman, Marisol, responded that she attended Holy Gospel Temple, but was not Catholic. Her parents, once Catholic like many from Mexico, converted to Protestantism when Marisol was young. Baptized in the church, she vaguely recalls being taken to Mass as an infant, but has rarely stepped into a Catholic church since. Now she says she is strong in her Protestant faith.
I explained my history with moving from Menonite to mega-Church Protestant, and then embracing Catholicism out of the sheer love shown to me by my Catholic wife during a life-changing Marriage Encounter retreat – a kind of love he says he never knew existed before. I went on to explain our worship and where it came from (Judaism), and how as Catholics we are allowed to have different expressions of faith (Charismatic, Bible studies, prayer groups, etc.) I also explained the Catholic positions on authority, Baptism, correct interpretation of the Bible, and other issues where Catholics & Protestants diverge significantly.
After our long encounter, Marisol confided that she was still strong in her faith. So it wasn’t a day of dramatic conversion, but a seed was planted…perhaps many. God will take care of the rest. When I first met Marisol, she felt that her church was ideal and that Catholicism obviously was not. She was rather timid and somewhat uniformed in Christian beliefs, but she came to be interested in the things of faith that also contradicted her beliefs. We ended on a positive note. I think she learned a lot from this encounter.
Praised be Jesus Christ!