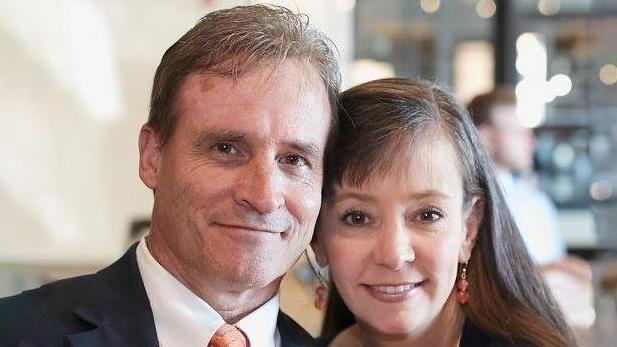 Mark and about 4 other men (all part of a Regnum Christi Men’s encounter team) decided to look into SPSE as a team apostolate about 3-4 years ago. Most of them had some experience with evangelization doing door to door missions around Holy Week time but felt they needed more formal training in a “method” of Evangelism. They all went through the Basic Evangelization training together and began to hit the streets. Over the past few years, some of the original “founders” of the team have moved on to other apostolates, but Mark has recruited and maintained a pretty healthy roster of about 35-45 interested parishioners. The team averages an outing about once every other month with between 5 – 8 evangelists sharing the Gospel of Jesus Christ on a typical outing.

What motivates you to evangelize?

The world and its material “gods” scream for the lack of Jesus Christ and His Church. They are like “sheep without a shepherd”. I am a revert to the faith after sponsoring my wife through RCIA in 1994. Having fully accepted my faith as an adult, I have had multiple catalysts in my faith journey. One was a transformative Christ Renews His Parish weekend in 1994 followed by a calling to a vocation to the Regnum Christi Lay movement in 2001. I have attended a 3 day Spiritual Exercises weekend for the past 19 years and have been involved in multiple apostolates over the years. I have always enjoyed learning about the faith and finding ways of imparting what I have learned to those around me. I am a huge fan of JPII and have read many of his encyclicals. There is so much misinformation out there about the Catholic Faith – I feel an obligation to share the faith and clear up those misconceptions where I can. I truly admire the non-confrontational approach to evangelization that SPSE has taught me. I have learned that it’s more about making a friend than winning an argument.

Is there an obstacle you have overcome while leading your team?

I would say my largest obstacle to leading my team is Time. Since some of the founding members have moved on, I often feel like the “lone ranger” in making things happen for the ministry. I don’t have a “lieutenant” or co-leader to cover for me and lead an outing in my place. Therefore, if I don’t make an outing happen, it won’t. I am a Father of six, work full time in Technology management, and have a host of responsibilities as a leader in Regnum Christi and in other parish ministries. I have begun a monthly ongoing SPSE evangelization training at my parish for those wanting to learn new evangelization techniques. (I have taken advantage of the video content you and the others at SPSE have been developing). So, the main problem comes down to finding a co-leader for the ministry.