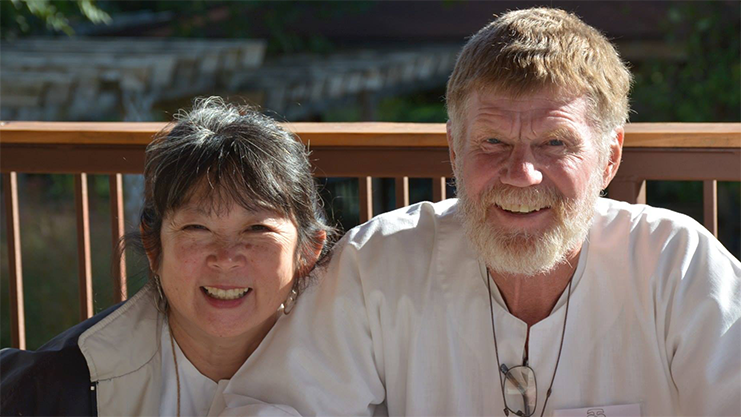 Joseph started an SPSE team with his wife Eileen after joining an existing SPSE team on an outing. Joseph’s team of evangelists has grown so much over the years that he was able to plant a second team which gathers at a different time and location. Praise God for the good work done by Joseph and the active teams and evangelists in the San Diego area!

How did you get started with SPSE?

In the early winter of 2014, after reading an ad in our local Catholic newspaper, I traveled 30 miles to join a group of SPSE evangelists one Saturday morning. I was hooked! The simplicity, the inherent generosity and faith-sharing spirit that is built into the ministry was just what I felt I was being called to do. There were some logistical challenges because the active teams in the area were 30 miles away and met at a time I usually work.

Not to be deterred, I discovered how relatively simple it was to start a team of my own. So, in early 2015 my wife, Eileen, and I started the San Diego – East County Team, and began to go out every other Sunday afternoon at a high-traffic seaside pedestrian walkway called the Embarcadero. Our initial team of two slowly grew with a number of men becoming Regulars. As I shared how easy it was to start a team, the Embarcadero spot is now covered every Sunday by two of the Regulars who have formed their own teams.

The East County team is now meeting every Friday night at the La Mesa Farmers’ Market, with the growing number of evangelists who want to share their faith in this very public manner. At the same time, my wife and others are in the less public aspect of this ministry – they are home praying that our Lord protect and bring forth good fruit, using we who are more visible on the street.

What motivates you to evangelize?

I’m very much a revert to the Faith – first I was given so much in my strong Catholic upbringing, then I set it all aside for really… nothing…for over 17 years, until finally Our Lord step back into my life in a life-changing way – as the song says, “How Can I Keep from Singing”!

My wife and I have been members of the Brothers and Sisters of Charity, a Public Association of the Faithful founded by Catholic composer, singer, author, and evangelist John Michael Talbot for 30 years. In either its monastic or domestic setting, our lives together, as man and wife, and as community members, is to live out His call on each of us, and part of that call is to share the call. Our lives are not our own. Our community has been rich, fertile ground to nurture and encourage the call to evangelize.

What is the relationship between evangelization and your spiritual life?

I am a “doer”. I must be busy with my body in the things that my mind is busy with. That is not bragging, it’s just how I’m built. In fact, it can be seen very much as a negative, for as our Lord said, “Mary has chosen the better part…” I seek to grow in a Mary-like way, but I still am Martha-driven.

So rather than just prayerfully wait for evangelization opportunities to come to me, (a very good thing!), my street work puts me out there actively seeking those opportunities. After an honest review of my evangelization work, I return to my knees again. Sometimes in a prayer of gratitude for being so mysteriously used. Other times in a prayer of repentance for not being prepared enough, or open enough to the Holy Spirit.

And so, a cycle continues – Mary to Martha, and back to Mary again. Joseph here seems to get to “the better part” when he lets his Mary lead him to a Martha event, forcing him back to his Mary. It is a formula for growth in my spiritual life. Thank you, Jesus!