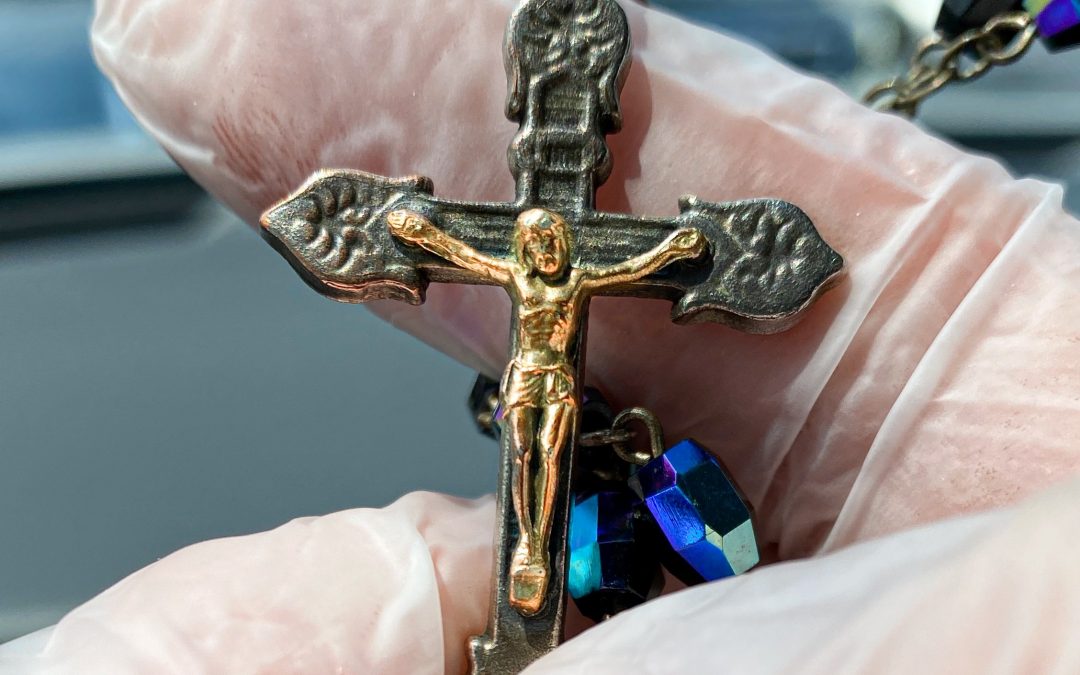 Boise, ID. People are starting to let go of the fear that COVID-19 has brought with it. Once they do that, they’ll need something to hold on to in it’s place. As evangelists, let’s try to get back out there (taking the necessary precautions) like the team in today’s story did, and hand them a rosary to replace the fear.

The following report comes to us from evangelist Lucy in Boise, ID:

Two evangelists showed up to share the gospel today (in mask & gloves) and gave away at least four rosaries and the pamphlet on how to pray it, as well as an extra copy of the pamphlet. Foot traffic was light, so we prayed aloud the first 17 Mysteries of the Rosary.

A non-Catholic Christian stopped. He was surprised to hear that the Rosary was about Jesus, because he has a problem with Mary (and, in general, with asking the Saints to pray for him). He at least expressed a modicum of respect for Mary for carrying Christ in her womb, but couldn’t see her as the model Christian. Instead, he admired Paul. He already was in the habit of studying the Bible some every day. So evangelist Lucy asked if he also stopped to meditate afterwards on what he read, asking God to show him how to apply it in his life. He said, “To be honest, no.” She then showed him in the pamphlet where to find each Mystery in the Bible, and encouraged him to spend some time every day meditating on them. He accepted the pamphlet.