“The Rosary – A Tool for Meditation” 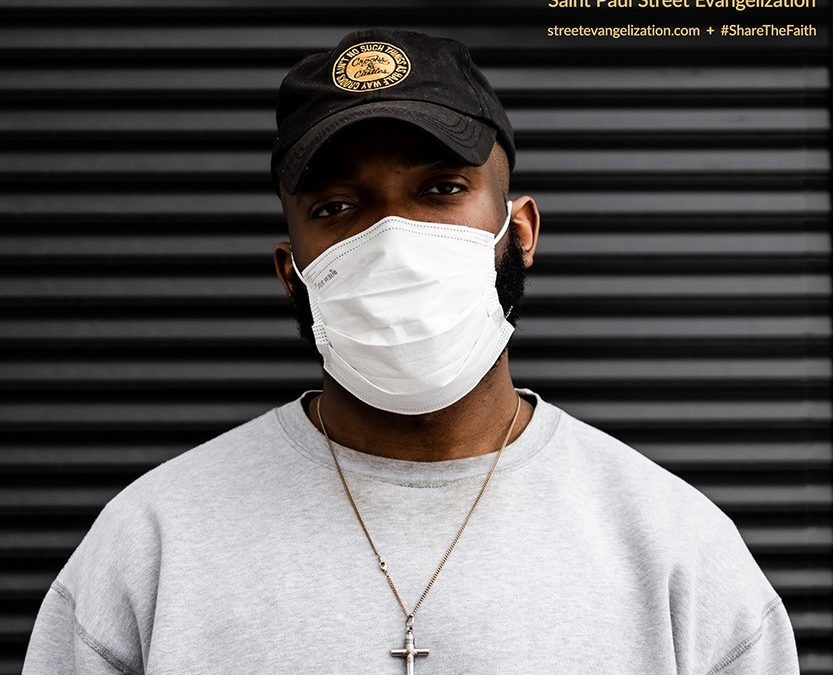 Boise, ID. It’s a simple request, really. Our Lord, through the Rosary and Our Lady, asks us to meditate on His life, death, and resurrection. To reflect on what He has done for us, to put ourselves in the scene using our imagination, would be contemplation. In our story today, a non-Catholic Christian couple were hit with the reality that the rosary was simply giving attention, thought, and reverence to Jesus’ life. And just like that, their attitude towards the rosary was completely transformed.

The following report comes to us from evangelist Lucy in Boise, ID:

Two evangelists were available for today’s outing. (One team member, though asymptomatic, is under strict quarantine pending test results.) Both of us masked and gloved, we set up our table with rosaries and pamphlets again for the first time in a couple of months. We were using our newly finished Plexiglass “table topper” sneeze guard. It seemed to really encourage visitors. The number of people exceeded pre-pandemic levels. However, despite government guidelines only 3 people besides ourselves wore masks. Unfortunately, the daily number of new cases in the area has increased dramatically.
We had such a constant stream of visitors that the two evangelists managed to pray only one decade of the Rosary. First, a non-Catholic Christian couple stopped. They were hesitant to accept a rosary when they heard we were Catholic. But we showed them how the Rosary was a tool for entering into a deep meditation on the life of Christ, and they got excited. “I can’t wait to try it!”, the woman kept saying as they took their leave.

A 30-something man stopped. He’d been raised Catholic, but had been away from the Church for awhile. He told us that he was feeling the tug to come back. He accepted a rosary, its booklet, and a map to area parishes. Another man accepted a rosary and its pamphlet, saying he was raised Catholic. Every time his family went anywhere in a car, they would say the Rosary in Spanish. So, he could recite the Rosary in Spanish, but still did not understand the words. We encouraged him to study the prayer in English and to seek a parish to attend.

Praised be Jesus Christ! We gave away 15-20 rosaries and its pamphlet (less one), and at least 1 map to area parishes.