“Suffering Opens us to God” 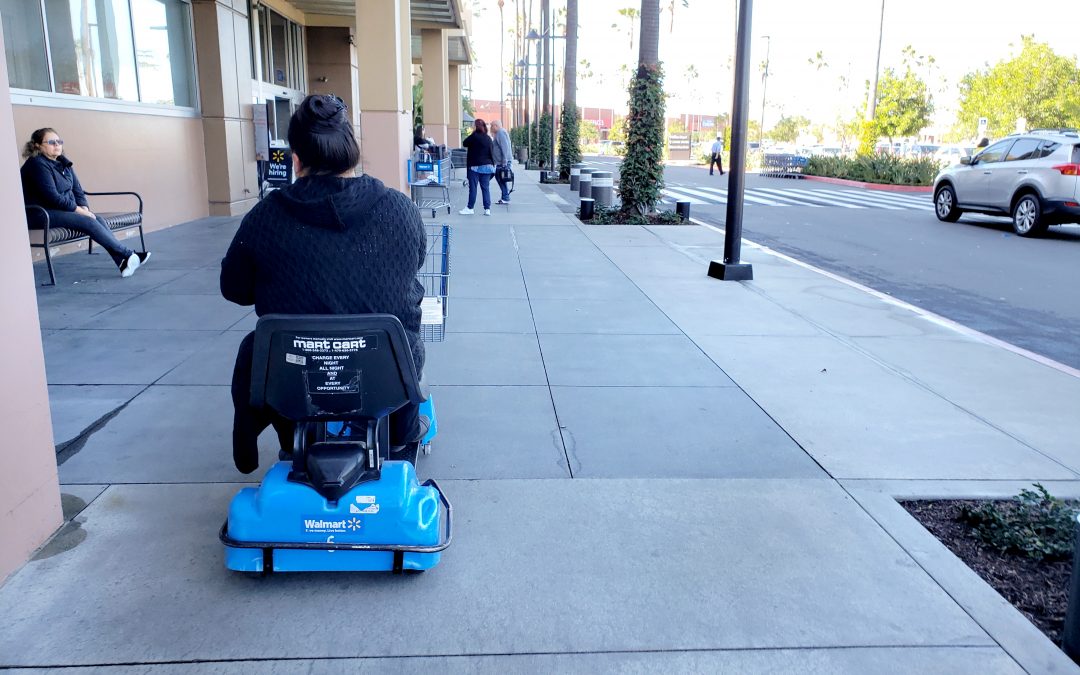 Warren, MI. Physical injuries can cause many to lean more on God, or even to seek Him out if they had never even considered a relationship with Him. Today’s story might just be an example of a woman who, through physical suffering, was open to praying with our evangelist in public at a local Walmart.

Click here to read more about our Society of Evangelists

The following report comes to us from evangelist John in Warren, MI:
As I was leaving Walmart this past weekend, I walked past a woman pushing her shopping cart rather slowly. I then passed a woman in an electric shopping cart and heard her say to the hobbling woman, “Hey do you need this?” The first lady said, “Yes, I fractured my femur and I can really use it.” They exchanged carts, but as I was mustering a way to pray for her she unfortunately sped off. I went to go look for my friend and when I finally found him I thought I should try and find her again and ask God what he wanted me to do.”
Well, I went back inside and finally ran into her again. I asked, “Hey aren’t you the lady who changed carts with the other lady?” She confirmed that it was her, and I said, “Wasn’t that so nice of her?!” She agreed. I told her how I believe we really need kindness in today’s world. Then I said, “I’m a Christian and I love to pray for people and I’ve seen them get better. Would you be open to me saying a quick prayer for you?” She responded enthusiastically, saying “Sure!” Her name was Carrie, and apparently she’d just had surgery and has metal in different places. I asked if she believed in God and in Jesus, and she said yes to both. So I responded, “That’s great! I believe he’s here right now with us.” Next I asked if she was baptized. She responded affirmatively, so I said, “Then his Spirit is in you right now and in me!” I then said a prayer for healing, and while she wasn’t ready to test it, she did admit that she felt better. I asked her about her church and gave her a Miraculous Medal when her phone rang. We blessed each other and I left.
Praised be Jesus Christ!