“So Blessed You Wouldn’t Believe It!” 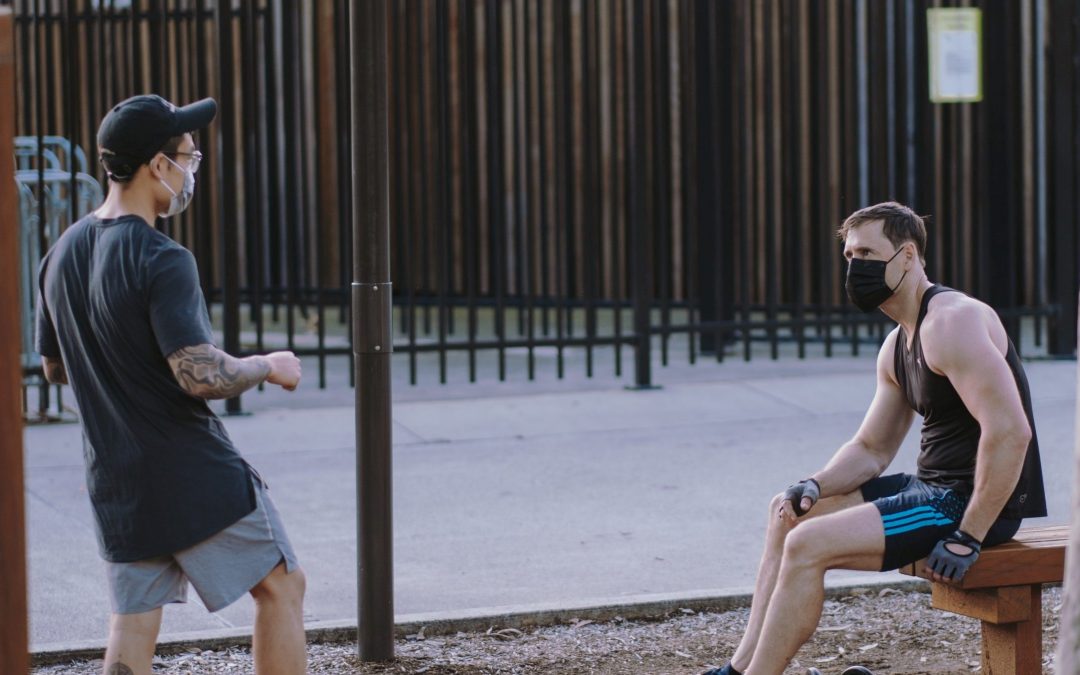 Warren, MI. It can sometimes be surprising to see someone in the prime of their life with a serious health issue. In today’s story, we hear of a bodybuilder who had suffered two strokes and now had to walk with a cane. Our evangelist shared the love of God with this man, and touched his heart at a moment when he needed it. How great is our God to reach out others through us!

The following report comes to us from Br. John, who is a member of our Society of Evangelists in Warren, MI:
It was a beautiful sunny evening at the BMX park, and I was taking a water break. I spotted a man nearby on the jogging path with a cane. I went to grab my bike, and with a little hesitancy I mustered a simple, “Hey, how’s it going?” He responded, “fine and how about you?” I said, “I am blessed today!” He said “I am so blessed too you wouldn’t believe it!” He explained how he’d had two strokes recently. He said he was a bodybuilder and then all of a sudden he couldn’t even walk. But here he is on this beautiful day taking a walk in the park.
We both thanked God together and I asked him if I could pray for him for anything. He said, “Yes, for my health.” Wanting to know more details, I inquired, “what specifically do you need help with?” My new friend indicated, “My speech, because of the stroke.” I said a quick prayer for David’s healing and at the end he made the sign of the cross. I asked if he was Catholic, and he said yes, and that he went to a Catholic Church near us. We talked more and he revealed many tragedies he’d endured in his life and how God has been his Rock and foundation. We praised God again and I gave him a Miraculous Medal. Upon receiving it he choked up a little and talked about how he was just praying as he walked around the corner and that’s when I said hello. He believed it was like a sign from God, stating that there are no coincidences! I gave him my business card card and a gospel card and said to keep me updated and call if you needed any prayer or anything else. He thanked me and we both blessed each other and he continued on his walk and me on my bike.
Praised be Jesus Christ!