“I Believe In God, Not Man” 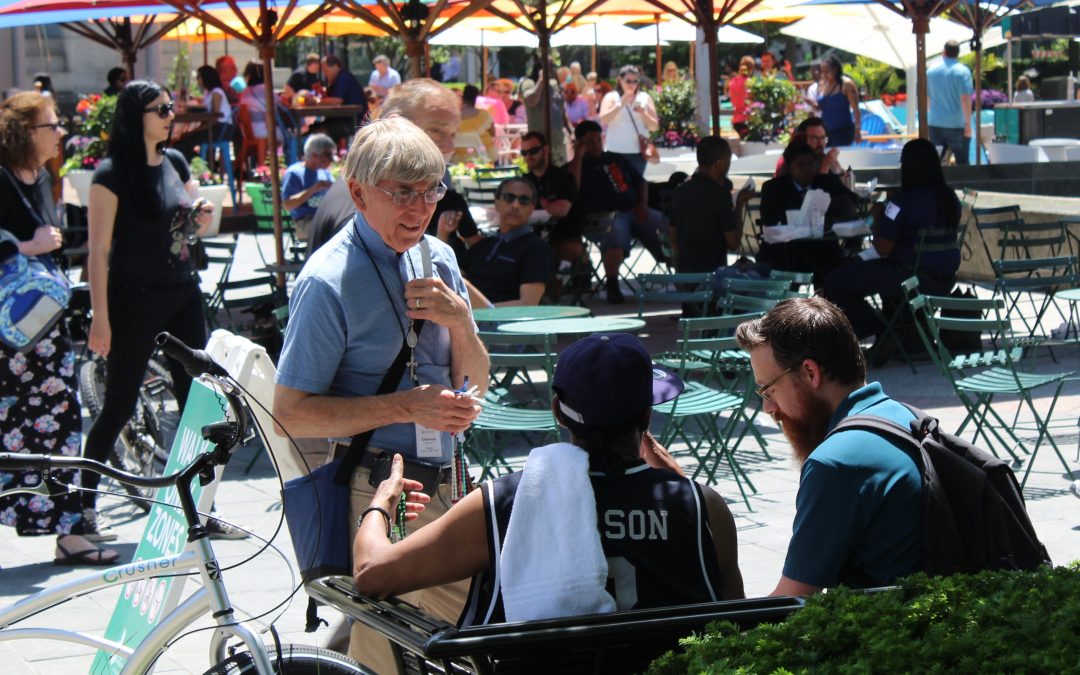 Atlanta, GA. These days some people don’t know what to believe. Thankfully our evangelists were there to answer a few questions for a young man and hopefully set him on the right path.

PLEASE NOTE: This story took place before the COVID-19 virus started spreading, which is why our evangelist is out freely speaking with people without a mask. Also, it should be noted that while the photo shown is one of the evangelists in the story, it is from a previous outing.

A young man named Josh approached us, checking out our free CDs. He said he’d take one, but doesn’t have a CD player. I asked what faith he was, to which he responded, “I’m not sure to be honest.” He went on to say he still goes to church with his parents, but is unsure what to believe. He believes in God and Jesus, but doesn’t believe in man, specifically, other people. I explained that it’s because of our fallen nature that we don’t trust each other. But I went on to say that Jesus came precisely because of our fallen nature so we can be reconciled with the Father and receive his love.

Then I explained how the Catholic church, which Jesus established, is protected from errors and disagreements that our fallen nature is susceptible to, and gave him the scripture references to back it up. Josh told me he was a “non-denominational Methodist”, so I explained my path to the Catholic church, which was through the Mennonites, then a non-denominational Church…and that they indeed had part of the truth, like his church. Then I became Catholic and they have the fullness of truth.

Josh then shared his struggles with teachings on abortion and homosexuality, that he didn’t have problems with those things. I tried to tell him that we always love people no matter what, but that doesn’t mean we accept the sin. Then he brought up the sex abuse crisis, and how that made him focus on God, but distrust the church and people in general. I stressed that the church doesn’t stand for that evil, and mentioned that it has happened in other denominations too. I reminded him about man’s fallen nature, which is why that stuff happened. And I told him to be honest, he shouldn’t be surprised by it since man has been sinning throughout history. At this point, his friend arrived. We quickly got permission to pray with him, and did so, asking for God to give Josh clarity of mind on the issues we discussed. After we were finished, my evangelization partner commented that he seemed touched by God in our prayer. Let’s hope he was positively impacted by the encounter.