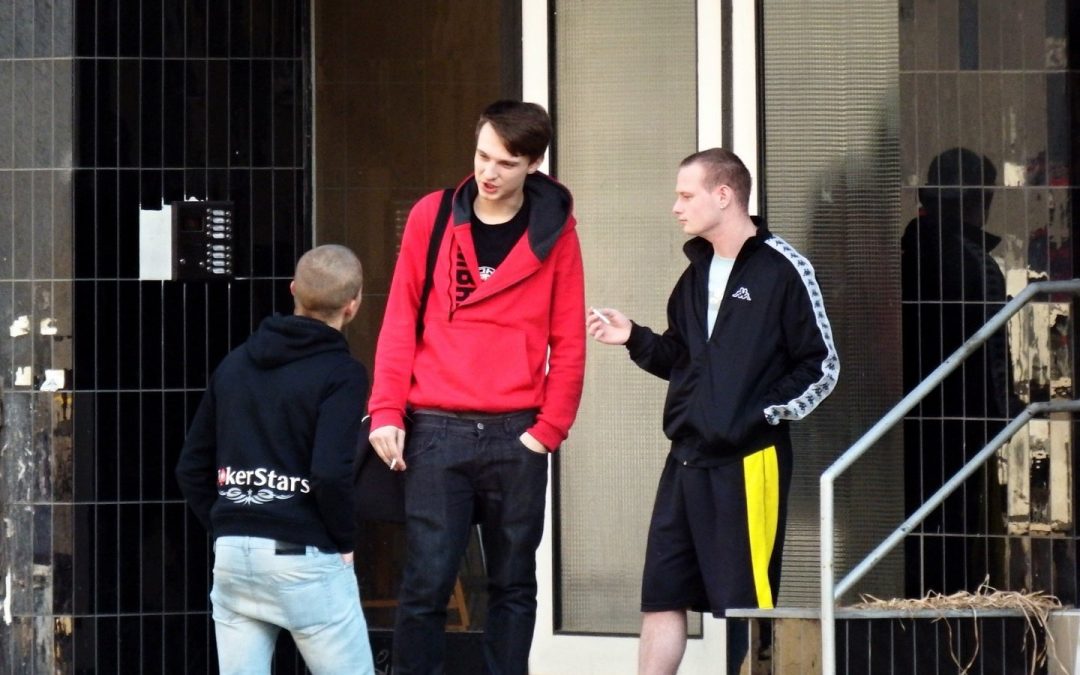 Atlanta, GA. PLEASE NOTE: This story took place before the COVID-19 virus started spreading, which is why our evangelist is out freely speaking with people without a mask. Also, it should be noted that while the photo shown is one of the evangelists in the story, it is from a previous outing.

The following report comes to us from Clarence, the leader of our Greater Atlanta team in GA:
Two evangelists, myself and Peggy, set up at a local college campus. Herman, a young Reformed Baptist, stopped to ask some questions so he can understand the Catholic faith better. The first one was how we interpret Gal. 3:11 (“the righteous live justified by faith.”) I told him, we’re saved by grace, but faith is involved in obtaining that grace. We believe we are initially justified when we are baptized, and as we live out our life of faith, we are continually being justified. We all have a fallen nature and we are sinners in a way. Through this process we live out our life of faith with God and be continually repentant. Therefore, we are continually in a process of justification.
Then I explained how the Catholic church is able to correctly interpret Sacred Scripture, and tried to share what the Catechism is with him. He also asked me how I’d respond to the scripture passage, “Christ died for all”, so I tried to tell him how Our Lord’s saving death is applied to the members of His body, and how the Mass is tied into that. Next Herman asked, “so if someone dies in mortal sin, the grace has been nullified?” I said yes, and then he asked if the Sacrament of Penance is the only way to restore that grace? I also confirmed this and went into a little more detail. He asked how we see John 6:39 (“I should lose nothing of all that the Father has given me, but raise it up on the last day”), so I told him that God will not lose them, but they can turn from God. However, I gently steered the conversation towards God’s love.
In the end, Herman was very thankful for us answering his questions, because he wants to “represent both sides correctly.” He said God has given him a passion for it, and mentioned that he’s been personally hurt by incorrect theology and incorrect doctrine. However, he still believed that he can only find the full revelation of God through the Scriptures, and believed in faith from the Protestant perspective. I told him honestly that “sola scriptura” is the weakest thing, and its weakness is proven by all the disagreements we have. With “communion” there are at least 38 formal disagreements or over 100 between all the non-Catholic Christians denominations. This is not from God. In our Church we have a unity of faith and it is so stable and solid that it cannot be shaken. And it won’t shake because Christ protects the faith in His Church.
Praised be Jesus Christ!