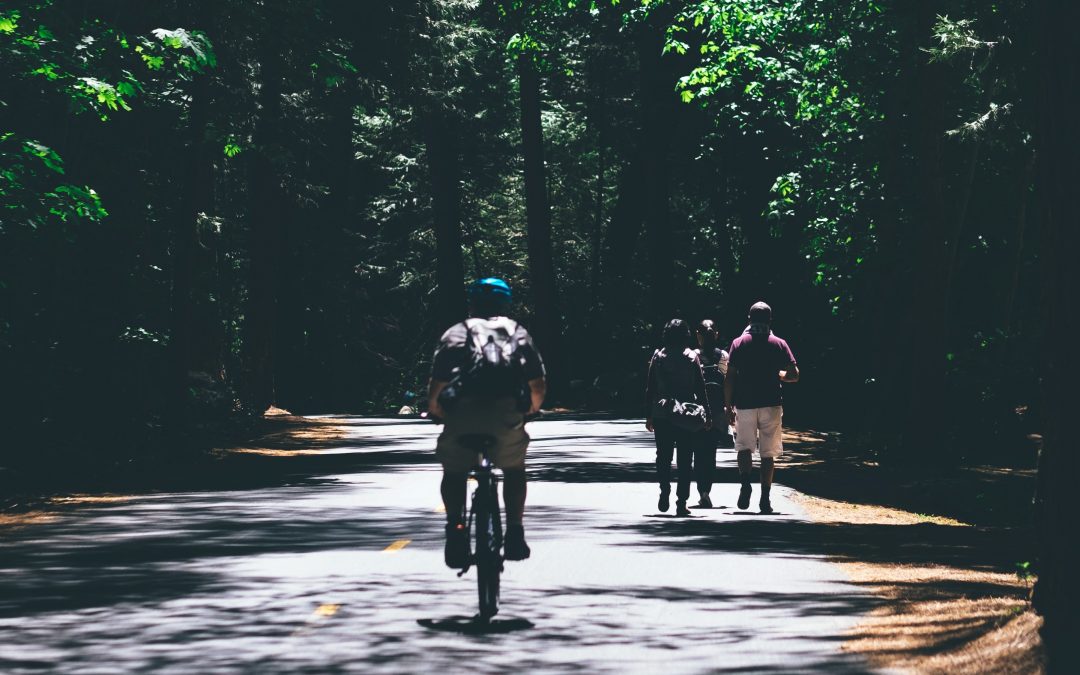 Rochester, MI. The kindness of our street evangelists often makes people feel at ease, and they can open up to us about things they might not be able to share with anyone else. Today, a man was able to tell us that he had colon cancer… the first time he had told anyone about his condition. What a burden that must be to carry around, but thanks be to God he was able to unload a bit of the weight onto our street team so they could pray with him.
The following report comes to us from evangelist Dave with our team in Rochester Hills, MI:

Our SPSE group gathers at the Rochester River Walk, a popular walkway along Paint Creek which links the Paint Creek Trail with the Clinton River Trail (both popular bicycle paths). When the bicyclists ride by our station, short of jumping out in front of them (which tends to make them unhappy), we don’t get much opportunity to interact other than a quick smile and a friendly wave as they zip past us.

On this particular day, one rider rode past our station and quickly stopped and backed his bicycle up to our table. I introduced myself and asked his name. His name was “Rich” and he saw our table full of colorful rosaries and wanted to stop. He took a rosary and I offered him a crucifix with a Miraculous Medal which he also accepted. I found out that he attends a local parish three miles away. As we chatted, I asked him if there was anything that he would like prayer for. He proceeded to tell me that he had surgery for stage 3 colon cancer six months earlier and was undergoing chemo and radiation treatments. He said he was fortunate that he hadn’t lost any hair yet, and proceeded to tug on his hair to show that it was still attached to his head. We both chuckled. Our group then prayed for him, his healing, and that God would continue to walk with him and make His Presence known to Rich during this time of recovery.

After our prayer, Rich had a sense of relief on his face, thanked us and told us that this was the first time he had told anyone about his condition. We said that we would continue to keep him in our prayers. And as he rode off on his bicycle, we gave him another smile and friendly wave, and told him to enjoy the rest of his ride.