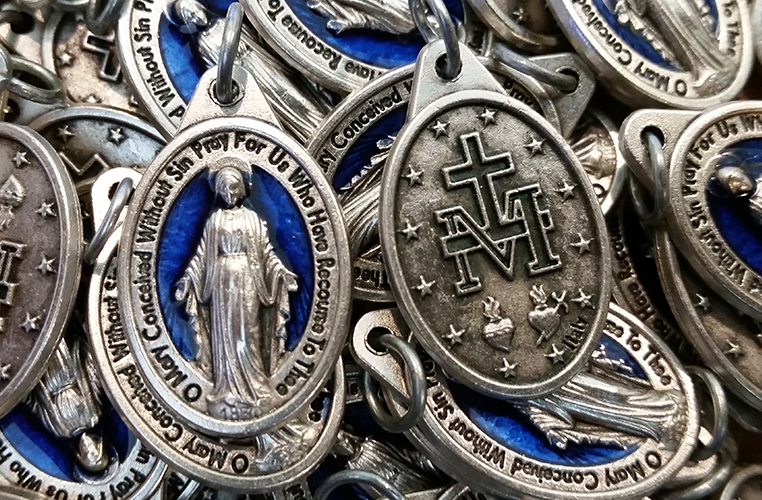 Warren, MI. It’s sad that people within our own Catholic church can feel unwelcome, but it happens more often than we’d probably care to admit. In today’s story, a man who was a visitor was visibly struggling. Thankfully our evangelist noticed and reached out to him with a Miraculous Medal and some good conversation. May we always be on the lookout for souls who are struggling, so that we can be Jesus to them.

The following report comes to us from Br. John from our Society of Evangelists in Warren, MI:

During morning Mass I noticed a man who seemed like he was a visitor and since that he might be going through a struggle. After Communion I prepared a Miraculous Medal for him and waited for an opportunity to talk to him. As he left the church I followed after him and said, “Hey how are you doing?” I felt like God wanted me to give you this. I gave him the medal and explained the story behind it. We had a great conversation about the church in the world and God and he asked me several very interesting questions about Jesus. He said he started going to the parish two months ago but no one had ever talked to him. I told him about an upcoming Sunday Mass with a beautiful choir and he said he would be interested in coming and would like to see me there.

At that point another man came by and started talking to us. He was African American, and talked about how even though the three of us came from different backgrounds, we needed to be united. We all agreed that God wants us to love one another no matter what. I also gave him a Miraculous Medal and explained it along with a gospel and medal card. We all blessed each other and then parted ways.