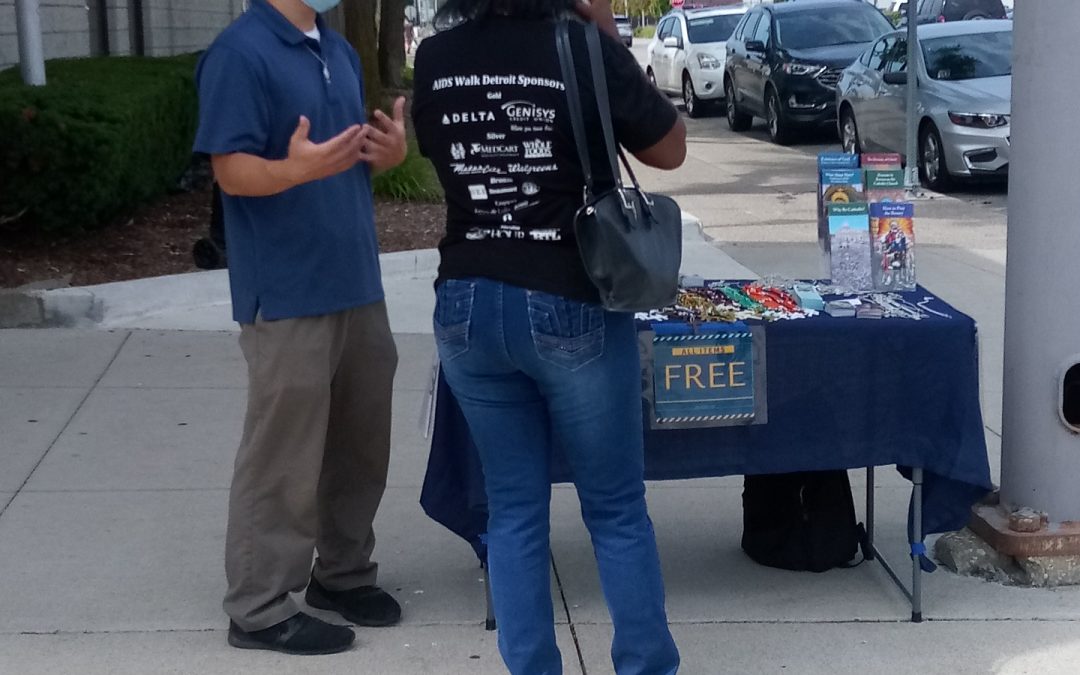 Detroit, MI. Small, kind gestures can mean so much to people, sometimes more than large gifts or poetic words. Today’s story features one such gesture. Our evangelist simply took a moment to pray for a minor annoyance to be removed from a woman’s business, which opened up a great opportunity for grace.

Click here to learn more about our National SPSE team in Warren, MI
The following report comes to us from Br. John and Mark from our Eastern Market evangelization team:

Just two of us made it out to evangelize at Eastern Market this weekend, John and Mark.

Walking by a vendor John said hello and noticed bees on a pastry. We talked about them then he offered to pray that the bees would go away. Her eyes lit up because she believed in prayer. We had a great conversation about faith and Jesus; John prayed for some things she was going through. At the end; John chose a pastry and began to pay for it but she was so grateful for the prayer that she said there was no charge.

The best conversation happened immediately after our closing prayer. Mark started to pack up our materials when Pamela approached our table. She said that she was raised Catholic and went to Catholic school. Most of her family are still practicing Catholics but she now goes to a non-denominational church. She believes that all Christian churches are the same and mentioned that her church has communion. Mark explained Holy Communion in apostolic churches, especially the Catholic Church, is much more significant than Protestant Communion. the Eucharist is the Real Presence of Christ—body, blood, soul and divinity. Mark pointed out four Catholic churches as well as two Catholic churches near her home. She graciously accepted pamphlets about “The Eucharist: True Worship” and “Reasons to Return to the Catholic Church”.