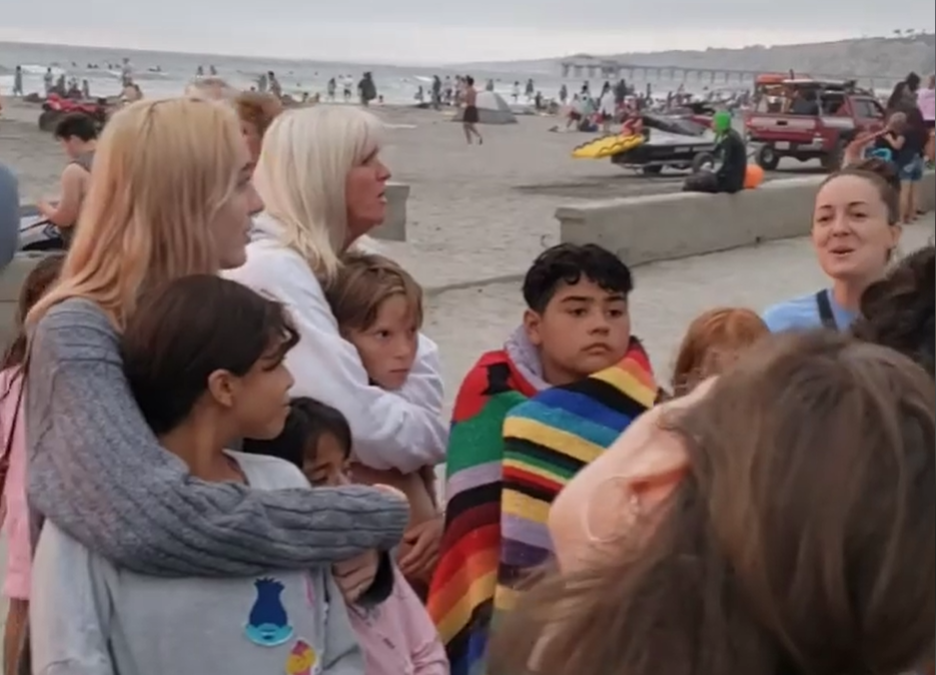 We went beach evangelizing last Friday again at La Jolla Shores. It was great and we had more evangelists out there, 10 including myself. One great God encounter I had was with a young man who was selling ice cream from a push cart. The other evangelist actually spoke and prayed with him earlier as I was coming back from the bathroom. But as I spoke with him and asked questions to listen to his story and to see where he was coming from, I was able to better meet him where he was at and encourage him to grow closer to God. He later opened up about some questions he was struggling with that made him doubt God’s existence and goodness. I shared with him part of my testimony and answered those questions. I gave him a card explaining the Gospel and gave him a Gospel of Mark book. I wish I could have recorded our amazing conversation.

But that was not the only highlight of the evening. A Christian lady named Kara who used to run an orphanage in Tijuana, Mexico stopped by with eight of her adopted kids. Kara and her kids hung out for the rest of the evangelization session and afterwards we had a bonfire, sang praise and continued to pray for whoever wanted prayer. It was an amazing night we plan on doing it again this Friday, so come join us.