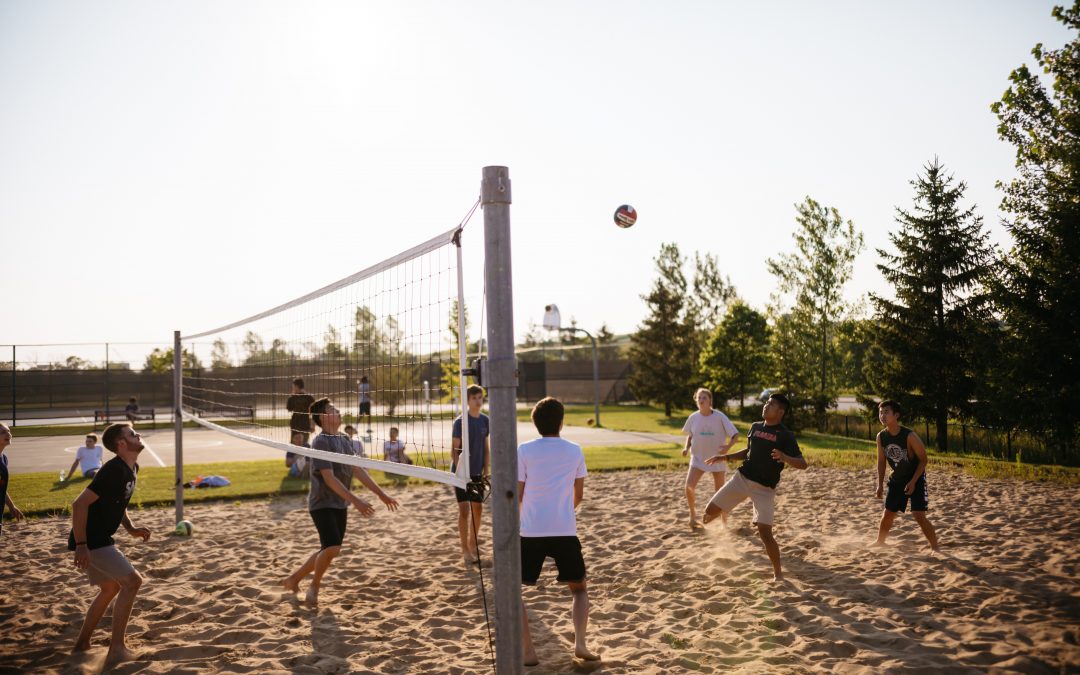 A group of young adult Catholics meets every Thursday during the summer to play sand volleyball at a local park. It was my first time there, but I started to get to know others while playing. A couple of other SPSE evangelists joined me as well and we were having a good time, until it happened. Play halted on the court next to us and a group huddled around a young man on the ground. I came over to see what was wrong.

He was sprawled out on the ground and appeared to be unconscious at first. After a few moments, he opened his eyes and struggled to gain awareness of his surroundings. There was blood on the side of his head. Apparently, he had collided with another player’s knee while going for the ball. The young man couldn’t remember what day it was, so I decided to pray out loud for him and asked the other players to join me. I asked for Jesus and Mary’s presence to comfort and heal him, and we all joined in some vocal prayers. An ambulance showed up to take him to the hospital for evaluation, but before he departed I slipped a Miraculous Medal into his hand. Please pray for this young man that any damage he sustained might be minimized or healed completely.