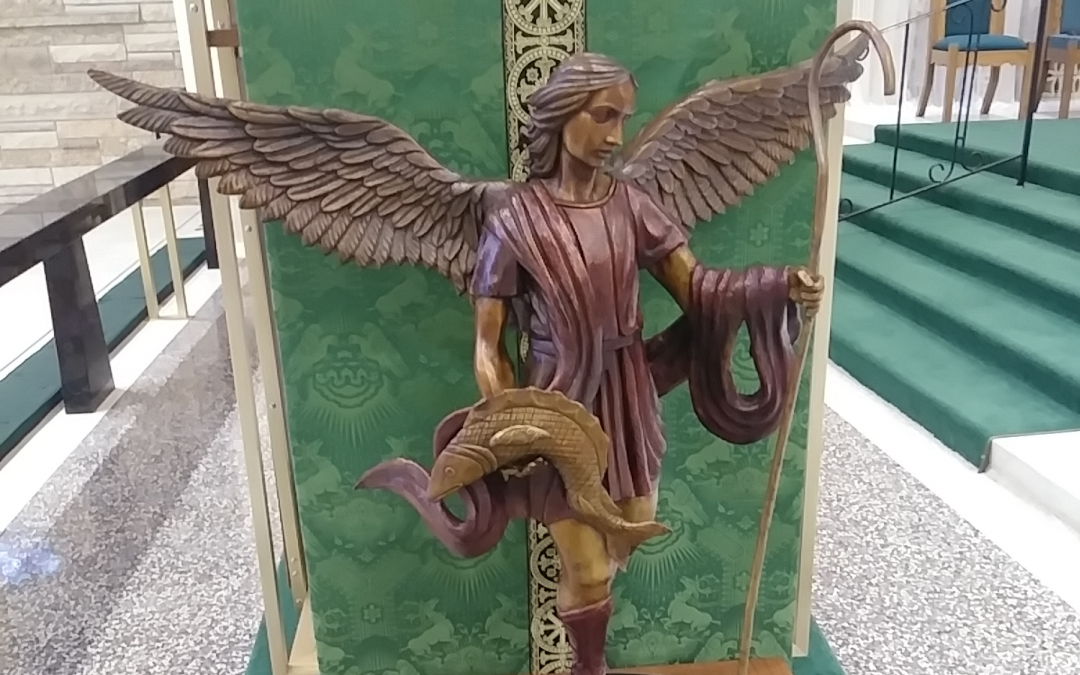 Crystal, MN. A wonderful blessing to have a new statue of St. Raphael so close to his feast day! May all who look upon him be drawn closer to the Lord and healed of their infirmities.

Phil and Sharon manned a table for four hours at the joyous occasion of our parish installing and dedicating a statue of our patron saint. Sharon admitted having a low expectation for the table as we would be likely “preaching to the choir.” However, we had two items in our favor. 1) Archbishop Hebda was at the dedication Mass to bless the statue. Normally, the 5:30 vigil Mass has low attendance, but we were blessed with attendance close to the allowed capacity for Minnesota. 2) St. Raphael Youth Ministry was hosting a retreat for the youth group.

Both these factors allowed us to give out medals to at least seven people, brochures to at least three people, and free books that Sharon has gathered to at least three people. While Sharon was away eating with her husband, Phil-who is fluent in Spanish-conversed with a couple originally from Mexico. This couple took the lone Spanish book we had displayed along with a medal or two and some Spanish brochures. Phil gave them his contact information so that he will be able to assist them in signing up for an adoration hour (maybe two!) in their native Spanish language. What a blessing to have Phil on our team since our parish has a growing native Spanish speaking population.