“God Can Perform Miracles in Your Life” 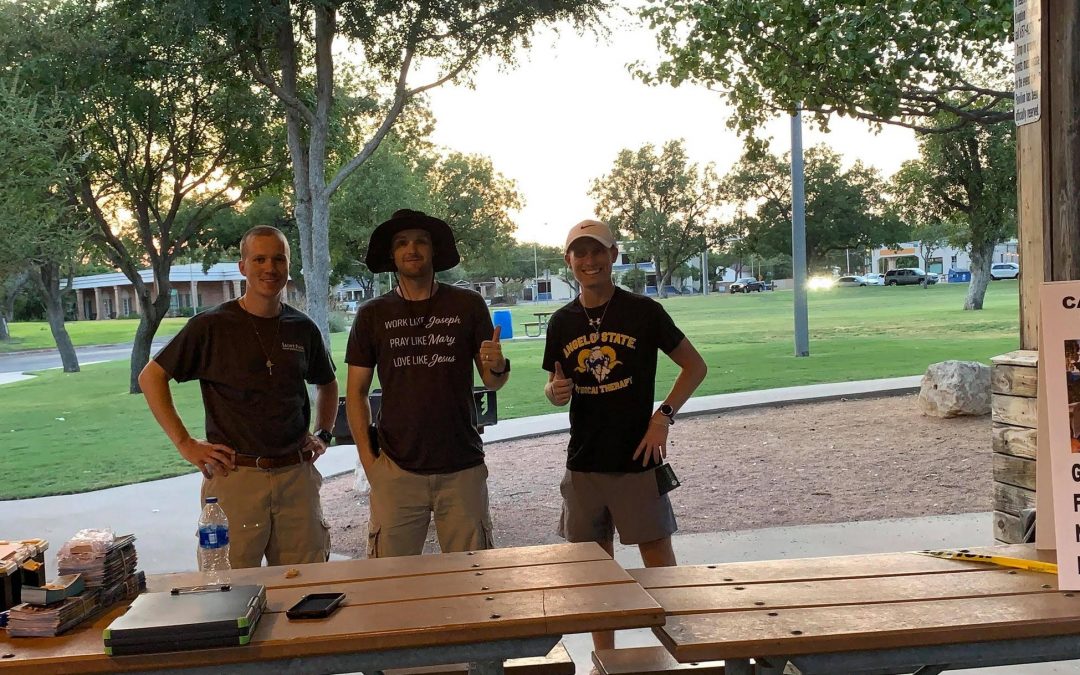 San Angelo, TX. It’s always a joy to hear about a team’s first outing. Today’s story features our new team in San Angelo, Texas. Already they are having some powerful encounters.

Click here to read more stories from our team in San Angelo, TX

The following report comes to us from team leader Francis with our new team in San Angelo, TX:

It was our first outing and we spoke with nine people. Our first encounter was with a woman in her 70’s whose name was Patricia. At first, her grandson Xander (about 8 years old) approached us asking what we were doing. We started talking to him. (We didn’t quite realize until afterward that we talked to a child without his family at first.) Patricia then walked over and I offered her a rosary and pamphlets. When I asked if she went to church she said that they had a church out of town and had been watching online. I asked if she ever considered going to a Catholic Church and how she felt about it. Apparently, she used to go to a Catholic Church and her grandson goes to St. Ann’s in another town. She became very emotional and expressed her sorrow for the way her children and grandchildren turned out. She even mentioned having considered taking her life and that the only thing that has stopped her has been it being a sin. I shared with her that God in His great grace has kept her from taking her life and told her that her life was precious and much desired by God. I told her that He could perform miracles in her life. At that point, she pulled out an old cross necklace from her purse that had a broken chain. I asked if I could replace the broken chain and give her a Miraculous Medal also. Also explained that many miracles were attributed to it. She agreed and as we gave it to her she broke into tears as she put it on. She took a few rosaries and necklaces for her family. She wrote a prayer request and left her phone number.

We spoke with another man named Frank who was a Mormon. We prayed together with him for his health and discussed Catholicism a bit and the kerygma. Next, there was a woman walking who we approached and we found out that she was a practicing Catholic. We explained SPSE to her and gave her some sacramentals to share with others that she encounters.

Lastly, we talked with a family of five and also gave them rosaries and necklaces. We explained the Rosary and Miraculous Medal and took prayer requests. John asked us to pray for his new job and Alice asked that we pray for her father who was diagnosed again with cancer. All in all, it was a wonderful first time out.