“Could You Watch My Forklift?” 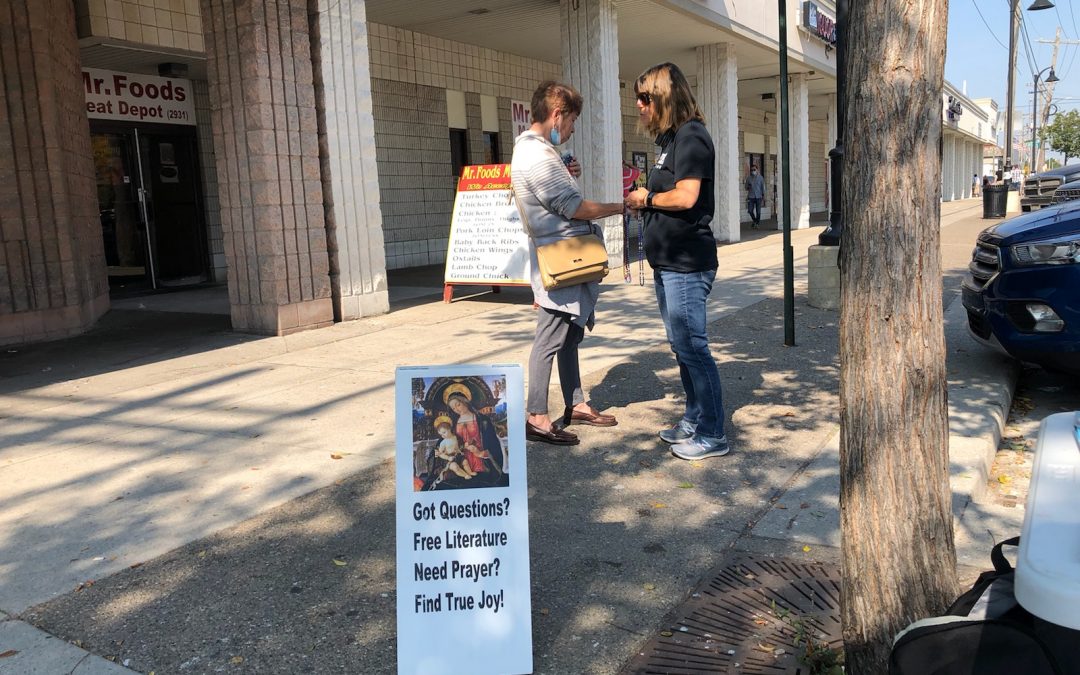 Grateful for another warm day, and for a good turnout of evangelists. Mark, Steve, Beth, Bob, Maximilian and myself were in attendance. The day started off rather strangely. We set up our table and were laying out rosaries, medals and literature when a man driving a forklift parked it right next to us on the sidewalk. The forklift was carrying some boxes of potatoes and onions. The driver asked if we could watch his forklift while he went inside the butcher/meat store. While both Mark and I were a bit surprised and confused, we were also willing to help. (When he came out, he accepted some Miraculous Medals and literature.)

Shortly after, a very joyful woman named Terry stopped and when we offered her free rosaries, she took at least one along with several pieces of Catholic literature. I asked if she needed any prayer, and she said just for things to go more smoothly when she returns to work after the current hiatus (and for her fellow employees to be kinder). We prayed for her, and she left very grateful and uplifted.

A pregnant woman named Cheryl parked in a minivan next to us asked if our medals were free. I walked over and told her that, indeed, our medals were free and asked if she would like one. She said yes, so I handed her a medal and gave a brief history along with the countless miracles associated with it. I encouraged her that if she needed miracles in her life, to wear the medal. She reacted positively. I pray that Our Lady makes her presence known to Cheryl and that she comes to eventually practice the Catholic faith.