“The Holy Spirit Came in with the Wind” 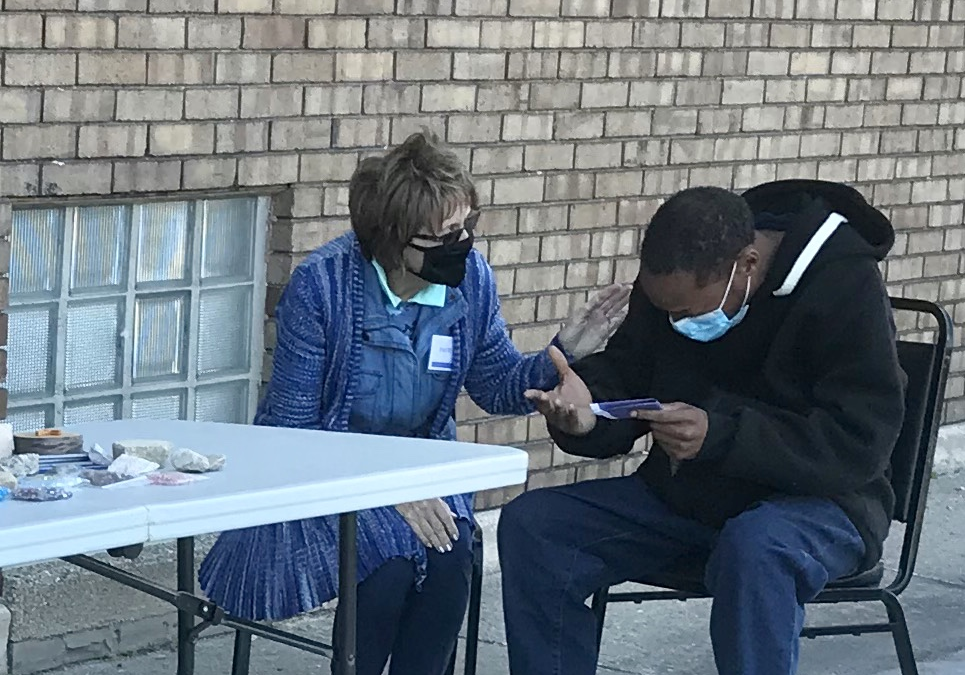 My partner and I were able to spend time at the soup kitchen a couple of days ago. The weather report looked like a perfect, sunny fall afternoon…until the 20-25 mph gusts of wind came in and headed our way! After our SPSE flyers and other items, literally, flew through the air, we searched for rocks and bricks in the area to secure our items we had set out on the table. The St. Leo’s guests were kind enough to locate some of our flying objects and return them to us. It was truly a laughable matter that put a smile on everyone’s face! On a more serious matter, once again many guests accepted rosaries, medals, etc. But more importantly, many prayed with us. As one man prayed with me, tears rolled down from his eyes. I could see that he was touched by the Holy Spirit.

Another man, named Pedro smiled as he told me his name, his thought was…I’ll bet you never met a black man named Pedro…his thought was correct and we both grinned from ear to ear. He was very interested in the Rosary and after I explained how and why we say the Rosary, he said, “Oh. I get it; Jesus’ mom is a great person to pray to. She must know him better then anyone!” He confided in me that he had been incarcerated for three years, was residing with his brother and was ready for a new path. He said he had tried a different Christian church but it wasn’t for him and thought he wanted to become a Catholic. I gave him a hand-out that I keep with me of Catholic churches in the area. He thought that St. Aloysius was the one closest to his brother’s apartment. We found the telephone number for him and the pastor’s name. He expressed great joy and said he was going to make a visit.