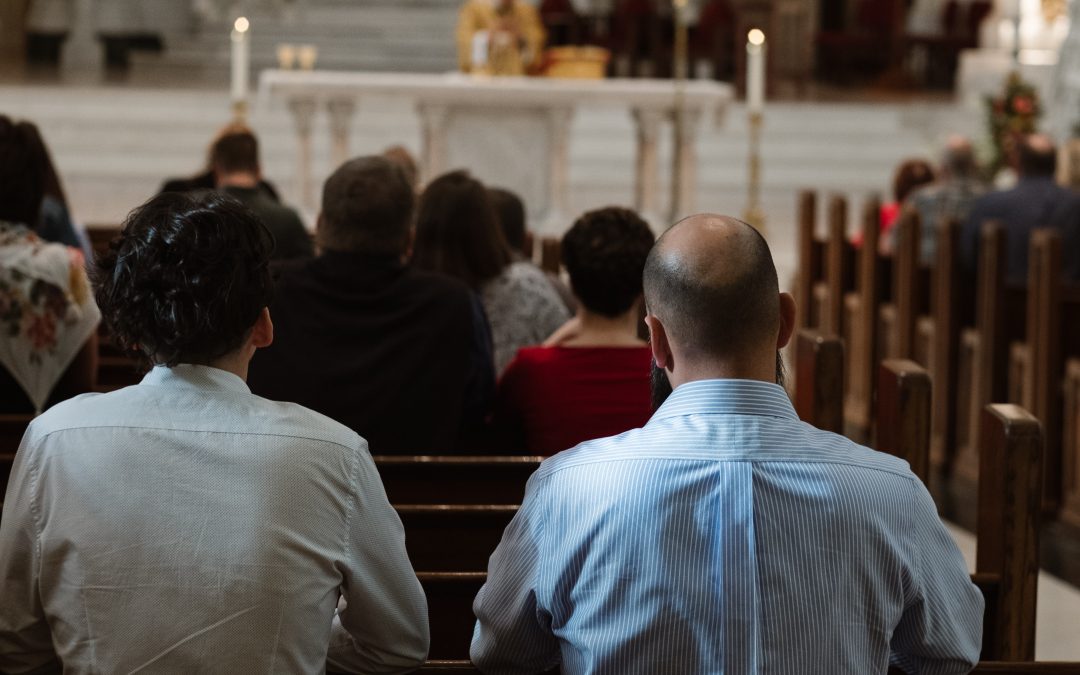 Click here to learn more about our Virtual School of Evangelization

The following report comes to us from virtual School of Evangelization student Martha in Las Cruces, NM:
My family was recently together for a Funeral Mass for an aunt who had died. One of my cousins, who was a former Catholic and now Mormon, attended from out of state with his family. He was a pallbearer so he couldn’t sit together with them at Mass. My daughters spotted his family, who are also Mormon, and noticed that his grandson and daughter-in-law went up for communion. (The priest, who normally makes an announcement that “if you’re not Catholic, you are welcome to come up for a blessing”, did not do it at this particular Mass.) My daughters both thought they appeared to be carrying the Host back to their pew, but weren’t sure. I called my cousin about this concern, and he told me they both consumed the Hosts, but his daughter-in-law was upset by our reaction to her going up for Communion, and how Jesus wouldn’t keep people from Him. He told her not to take this personally and that the Catholic Church has their rules and others outside of it should be respectful of them. He mentioned that while he prays the Rosary at funeral services he attends, still genuflects and makes the Sign of the Cross when inside a Catholic Church, kneeling at the Consecration, he does know he cannot receive the Eucharist and was upset that his daughter-in-law did that. I told him, “you know what they say…once a Catholic always a Catholic!“ He chuckled.
Praised be Jesus Christ! The evangelist’s cousin seemed impressed that Martha took the time to follow up on this, especially not knowing how he and his family would take her concerns but needing to do it anyway. Martha is praying for his full conversion back to the Catholic Church, and we invite you to as well. She is also sending a personal note and CD on the Eucharist along with an SPSE brochure on the topic to her cousin and his son’s family. She is letting them know they are welcome to call with any questions.
Praised be Jesus Christ!