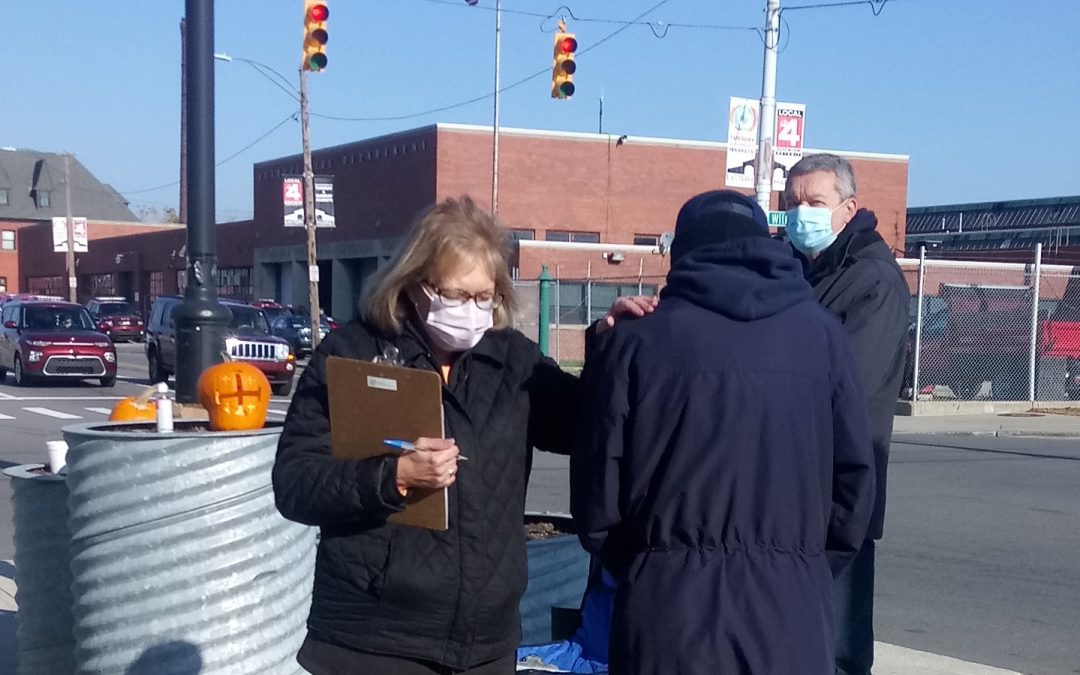 Click here to learn more about our Virtual School of Evangelization
The following report comes to us from evangelization school student Susan in Detroit, MI:

I was with the SPSE team in Eastern Market on Saturday morning trying to get people to fill out surveys for my class at Sacred Heart Major Seminary in Detroit. I approached a man who agreed to take my survey. While answering the questions he shared that he had previously had an encounter with the Lord. He had previously been addicted to drugs and he wanted to quit so he prayed to God to take the addiction from him. He felt a tingling sensation come over his whole body (which he felt again while he was sharing with me) and when he finished praying he knew he would never use drugs again and he never did. He was clean ever since.

After thanking him for sharing his story with me and praising God for it, I also asked him if I could pray with him to thank God for this gift and he said “Yes!” So I asked him if I could put my hand on his shoulder and he said “yes” and I prayed with him — thanking and praising God for the gift of the encounter I had with “Christopher”, for the blessing of him sharing his story, and for God giving him the gift of healing from his addiction and we praised God. Then he added his own prayers of Praise and thanks for me and as we ended in Jesus name, we said “Amen!” I asked him if he wanted a rosary and he said “Sure!” It was a beautiful witness of faith, healing, and of God’s goodness towards all of us.