“Talking to a Farmer About Planting Seeds” 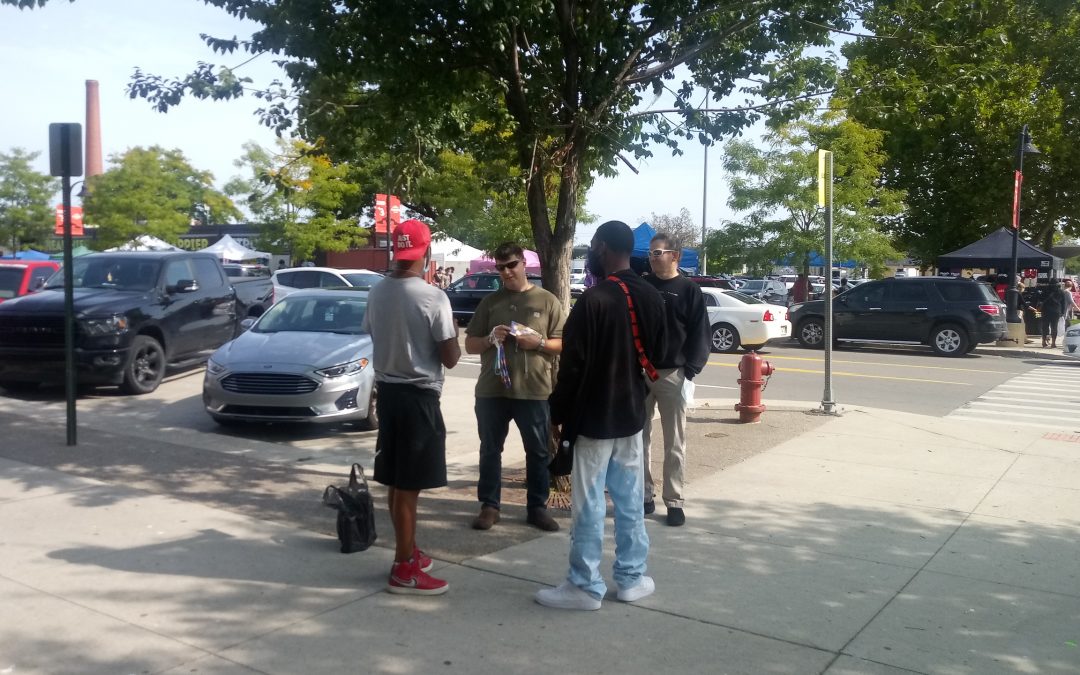 Five evangelists from the national office — Bob, Br. John, Mark, Michael, and Steve — went to evangelize at a farmer’s market. Two new evangelists, Carl and Christopher, joined us for the first time. We split up into two groups and covered most of the market.

A young farmer, wearing dirty jeans and work boots, passed by our table and declined the offer of a rosary. He came back five minutes later, after finishing an errand, and approached us. The young farmer asked Mark if we had seen anybody convert and become Christian after speaking to us on the street. Mark said that conversion is usually a long process, done over the course of years. We usually talk to someone for only five minutes so we usually just point someone in the right direction. I repeated our common phrase of “we plant seeds and God does the rest”, which obviously resonated well with a farmer. He declined the offer of prayer or sacramentals but thanked us for our work.

Near the end of the morning, a young man in his early twenties approached. Andre had very little knowledge of Christianity, especially Catholicism, but he had a genuine interest and asked a lot of sincere questions. He took a copy of Pillar of Fire, Pillar of Truth because his girlfriend is named Pilar. Andre also took a rosary and pamphlet on how to pray it. Pray that his curiosity and search for the truth may lead him home to the Catholic Church.