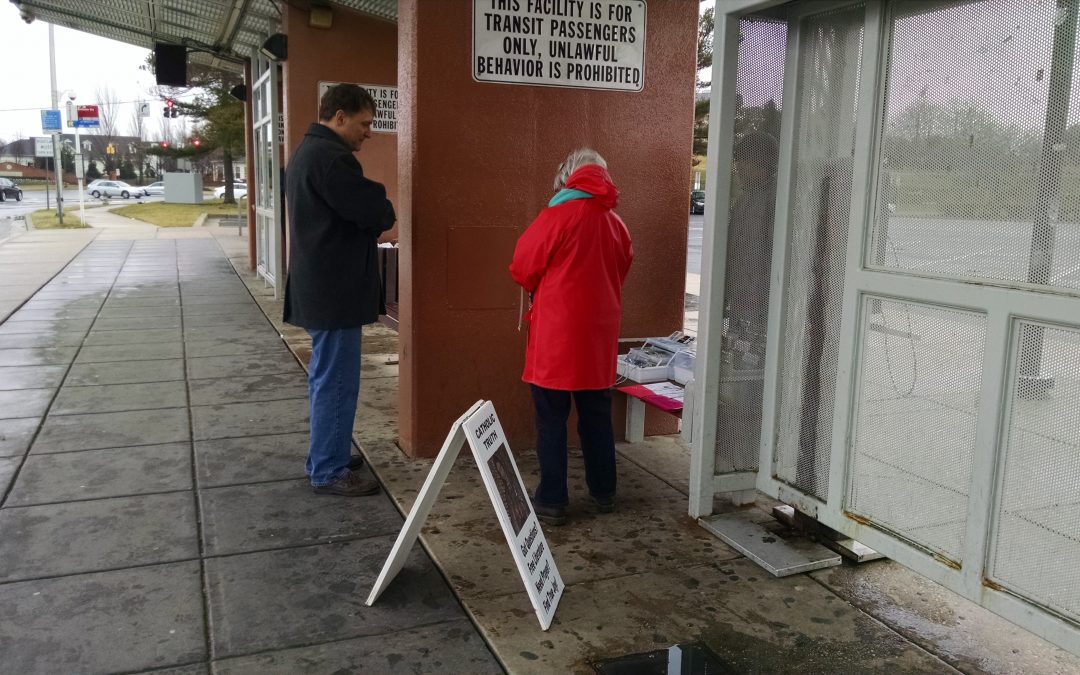 Despite all of the confusion and anxiety of the world, God’s working overtime to touch the hearts of many people. In last Sunday’s first reading, it said God himself will rescue his lost sheep from every place where they have scattered. As we all were the lost sheep that God has found, we just need to be available as His instruments for Him to work through us to spread His love.

A number of weeks ago I met a middle-age man, Thad, who was complaining about neck soreness. I offered to pray with him, and as I was praying he started to complain about his ex-wife and a number of others he resented. At that time, his bus came and I was unable to continue the prayer. I saw him again yesterday and he came right up to me and asked me if I remembered him and I said “yes!” and was so happy to see him again. His neck was actually getting worse. I remembered the people he was complaining about and began to explain that sometimes it’s because we’re holding resentment in our hearts that God will withhold his healing. He was familiar with this as he was raised Catholic but left in his teens. He then started to go through the people whom he needed to forgive and we prayed over him. Then, on his own he repented of other people he needed to forgive and we prayed over him again after which he said his neck felt better. We told him God didn’t want him to be in so much pain and urged him to meet with a Catholic priest he knew growing up as he had been attending a Mormon church. We told him that Confession is very powerful and urged him to contact the priest. I gave him information about the Trinity and the Catholic church. His bus then came. He was very appreciative that we spent time praying with him. Thank you God for arranging us to meet with him again!

My fellow evangelist, Doug, also met Jimmy who was interested in going back to church and was given the Mass schedule and prayed with Dennis who needed encouragement in the faith. Please also pray for Carlos, a young adult who actually had given his life to God at some point in his life but had fallen away that God would draw him back to Himself. I shared my witness with him and gave him information about the Good News and the pamphlet on returning to the Catholic Church. Pray that he would follow through.