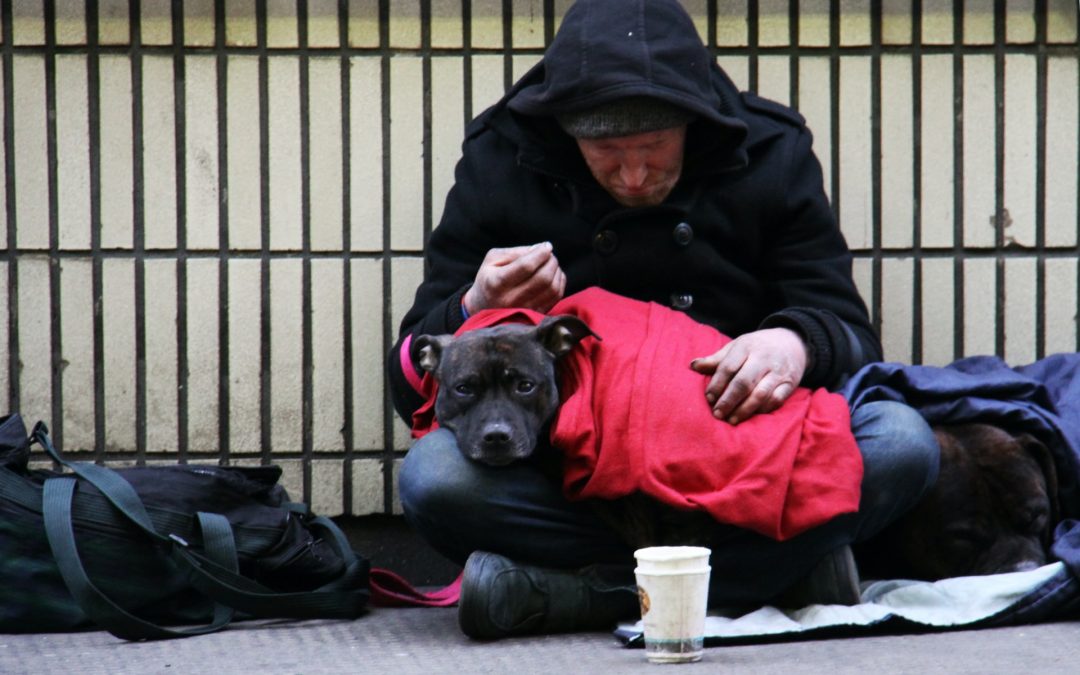 Austin, TX. To prepare their diaconate candidates, Deacon Guadalupe asked St. Paul Evangelization to come to Austin and train them how to evangelize. We had about 30 men and their wives show up. After Adam trained them on the basics, we hit the streets for an hour to share the good news. Today is the third part in the series of stories from that experience.

Click here to learn more about our Basic Evangelization Training
The following report comes to us from two students of our recent evangelization training in Austin, TX:

Roger and I met two people that stood out to us. The first man we spotted coming towards us from a distance pulling a suitcase behind him. He finally got to the bench behind us and set his suitcase on it. I introduced myself to him, and asked where he was going. He responded, “well, this is where I sleep”. We had taken his spot. I think he thought we’d be permanently taking his spot, so we apologized and let him know we’d be gone in an hour. He agreed that it would be fine. He stood there and we kept talking to him. It turns out he was religious and watches EWTN! His favorite show was Mother Angelica. So we asked him if he was Catholic and he said “No”. So naturally we prayed for him, hoping that one day he’d become part of the Church.

The next noteworthy encounter was with a guy that came up and told us he found Jesus on his 50th birthday. We were thrilled for him, and he was so full of joy! We were talking, and we were trying to give him some of our religious goods and then asked if we could pray for him. He said, “no, we need to pray for our nation.” I asked the gentleman if he would lead us in prayer, and he said “I don’t know how to pray.” The two of us started to pray, and I decided after we were done I would give him a Rosary with the instructional pamphlet. As I handed it to him, he recognized it, exclaiming, “My girlfriend prays this.” We told him we’d love for him to learn how to pray too. Continuing, we explained, “As Catholics this is one of our most important prayers.” He took it, thanked us, and started asking for more. So we showed him Luke’s Gospel and some other things we had. It was amazing to have someone that was full of Christ but didn’t know how to pray. We were glad to help.