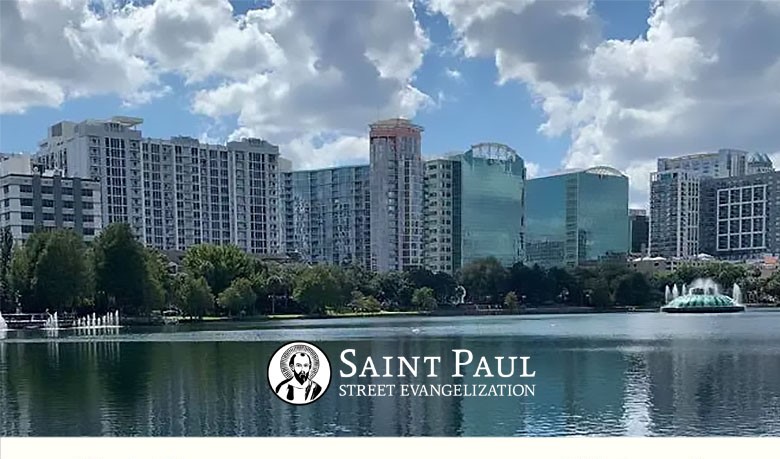 I walked around Lake Eola today and ran into a man named Matt who was playing the djembe on the bench. He said hello and asked if I knew of any drum circles around the area. I started talking to him and learned that he’d been playing for over 40 years, including at his own church. I was in the middle of talking to him when a couple came up to us dressed in Hindu clothing. They asked us if they could share about their Hindu hare krishna religion, to which Matt said he believed only in Jesus and that he didn’t want anything to do with another religion. They soon left, and I shared with him that I too believed that Jesus is Lord. We talked a bit about God, and I shared with him my own testimony of encountering Jesus. I told him that when you are filled with God’s love, you want to share it. He agreed, and he confessed that he was always a bit sensitive when talking about religion to other people. He continued to play the djembe for a bit all while talking about faith, and eventually we exchanged contact info to keep in touch.

I walked around a bit and said hello to another person sitting nearby. He asked if I was in school, and I told him that I already graduated and was walking around offering prayers and offered to pray with him. His name was Bill, and he told me that he had some stomach pain so I prayed with him for healing. He told me he felt much better, and that he had a sense it would go away soon because of the prayers. We talked for a bit, and he showed me a very beat up old King James bible. Bill went to a local Pentecostal church, and we talked a bit about the Holy Spirit. I invited him to a Bible study on the old testament, and we agreed to meet again soon. Please pray for him!