“May Their Hearts Open to Christ” 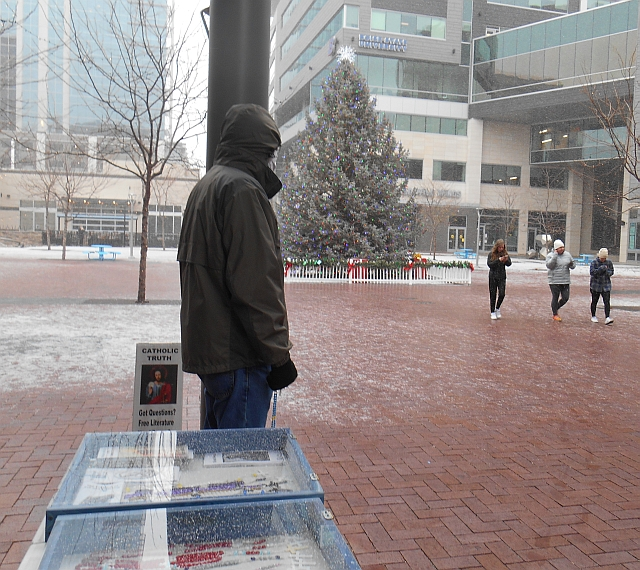 Click here to read more stories from our team in Boise, ID
The following report comes to us from team leader Lucy in Boise, ID:

It was cold, snowy, and blowy last week. So, there was not much foot traffic. However, the two evangelists still gave away about 10 Rosaries and its pamphlet, as well as 1 kerygma.

A young couple approached the table led by the man. He said he knew all about the Rosary. The woman seemed reluctant but chose a Rosary anyway. When asked, she admitted that she was raised Catholic but did not now attend Mass. Both declined when offered a map to area parishes. Then, when Chuck reminded them of the many graces of the Eucharist, they merely smiled and moved on. Mother Mary, pray for them.

A young woman came back to the table after initially declining a Rosary. She had no idea what the Rosary was all about. Chuck began describing the Rosary devotion. Lucy then asked her if she was a Christian. She was not, but she accepted a Good News/kerygma pamphlet. Pray for her conversion.