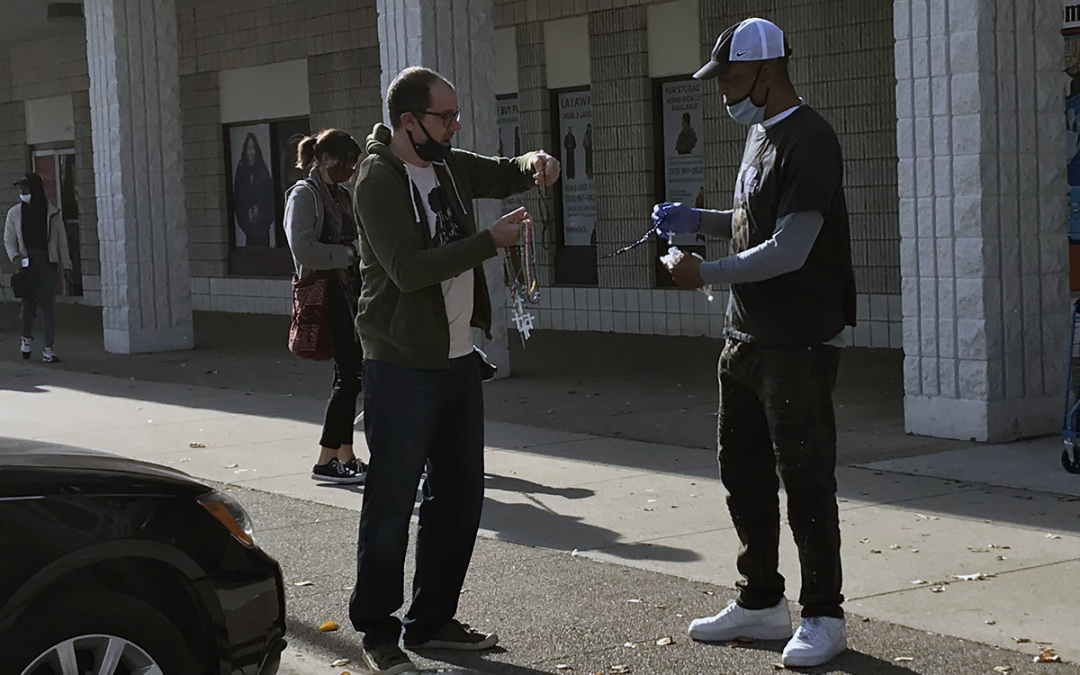 Mark and Michael, from the National SPSE office, evangelized at our local farmer’s market on a mild but windy morning. Mark offered free Rosaries to a middle-aged couple approaching our table. The wife approached our table, paused, and pointed to the image of Our Lord on the “Divinity of Christ” pamphlet. She smiled and said “my God!” Both husband and wife declined Rosaries, pamphlets, and prayer, but thanked us for our presence and public witness.

Robin, whom we have seen at least three times in recent months, returned to our table. She was raised Catholic and went to a Catholic school but she hasn’t gone to church in decades. Robin took several pamphlets and medals as she recited the Our Father, Hail Mary, and Apostles Creed from memory. Mark prayed with Robin then tears streamed down her cheeks. She could barely speak and left silently. Pray that the Lord console Robin and lead her home to the Church!

We met Bethany, a woman about 50 years of age. Her father was a Baptist preacher and he passed away a few years ago. Bethany has not been to church since her father’s funeral but she admitted that she misses belonging to a faith community. She said that her oldest son goes to a Catholic church a few miles from her house. Mark suggested that Bethany go to Mass with her son at least once and she agreed that was a good idea. Bethany accepted a rosary as well as pamphlets on “Why Be Catholic” and “Marian Doctrines”. Mark ended the conversation by praying with Bethany, for her health, for her family, and that she do the will of God in her life.