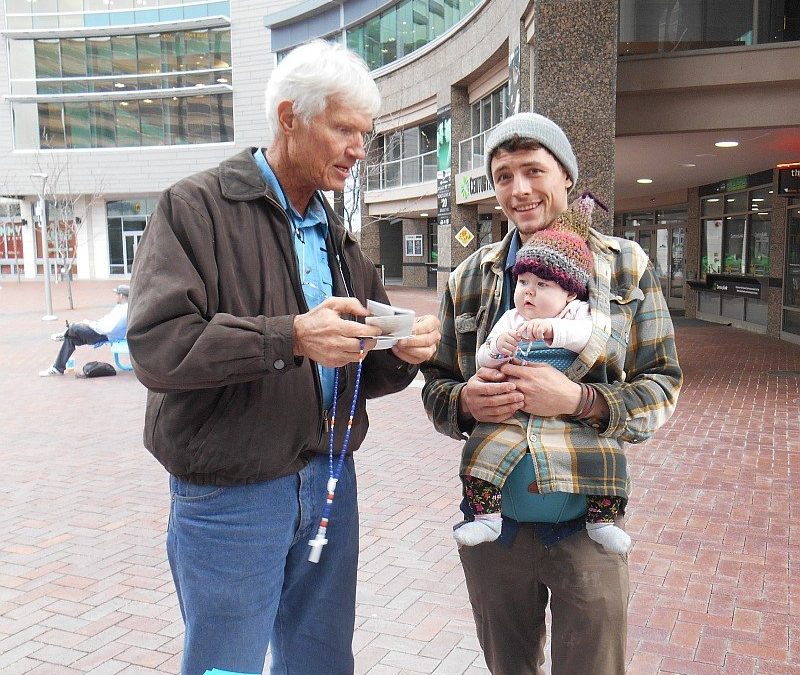 Boise, ID. Today we present part two of our story describing the encounters from our Boise team’s recent outing.

As I said, today’s theme seemed to be young families. Another family with at least three children stopped. The children and the dad each received a Rosary. The mom already had one at home, she said. We encouraged the dad to pray it daily for protection for his family.

A man stopped to ask if we remembered him from two years ago when he picked up a Rosary just before he went on his travels. It was early in Chuck’s street evangelism career, but he remembered that our visitor had been riding a fat-tire bike and was leaving for Spain the next day. He said he did carry the cross (he did not refer to it as a Rosary) through three countries, as well as on a short section of the Camino de Santiago, and that he still had the cross at home. Lucy offered him another Rosary he could pray with, but he declined. Pray that he begins to see the Cross as more than a mere symbol.