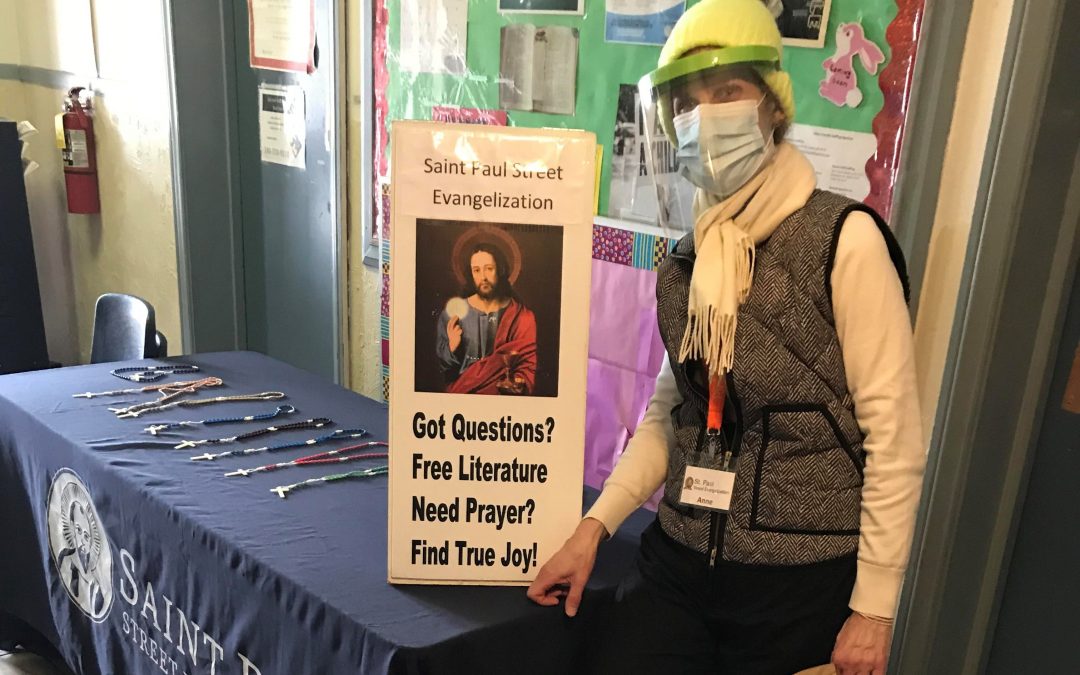 We had our semi-regular visit to Matchan Nutrition Center recently. I offered a man who’d just picked up some food for his family a chance to get some prayer. “Would you like to put your groceries on the chair while we pray?” He was happy to rest his arms and back and pray. His prayer needs began with his back; he explained how his back surgery was three years ago and he was really hoping to feel better by now. His doctor was finally sending him for some physical therapy and he was hopeful that he could avoid a second surgery. I got the whole story about his back and asked if there was anyone in his life that also needed prayer. He teared up right away and began sharing the story about his daughter. From the story (she felt no one loved her and then became suicidal), I thought that she was a young adult but then the man shared that she was only 12 years old. He then said she had to be hospitalized since she had threatened to hurt her mother as well as herself. He had a lot to share on this topic as well.

This encounter made me think about how simple, yet profound our method of “listen, befriend, proclaim, and invite” is. It’s what we as evangelists do over and over again on the street, or in this case, at the soup kitchen. We listen with our hearts. People feel heard. People feel loved. People hear about how much Jesus loves them and what He did for them. As a parent myself (my children are young adults), I know about the deep love a parent has for their child and how concern for a child, no matter the age, can cause one to lose some sleep. During the prayer for this man’s back and for his daughter, I felt called to ask the Lord for a restful night’s sleep. He was surprised that I mentioned that and asked “How did you know about me not sleeping well?” I shared that I was also a parent. He knew immediately what I meant. He left with a Rosary and knowing that his concerns were heard and lifted to God.