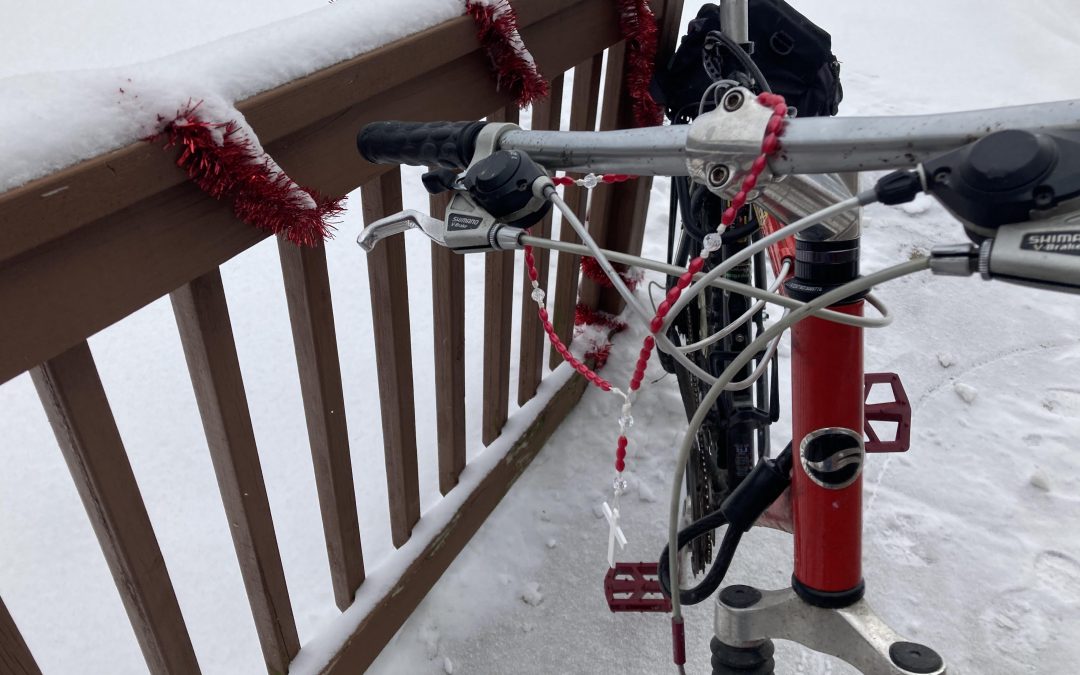 Boise, ID. We see that many people stopped and chatted with our team in today’s story, and a good amount of them accepted Rosaries. This is the second story in a two-part series.

Two men on bicycles stopped. One reminded us that he had received a Rosary from us in the past, but did not answer when asked if he had tried praying with it. He then hung the Rosary on his bike. The other man listened patiently as we explained how to pray it and also hung his Rosary on his bike. Pray they find that the Rosary is a link to Our Savior and not a mere decoration.

A bit later, a father with two children, perhaps 8 and 4 years old, stopped. All three chose a Rosary, the big sister helping her younger brother to make his selection (which, coincidentally, coordinated with the one she had chosen for herself). We encouraged them to pray it as a family. Then, a passing man hollered that he had picked up a Rosary from us recently, but admitted he had not tried praying it. When entreated to try it at least once, he answered that yes, he should. Lord Jesus, fill him with the courage to approach You in prayer.

Not every encounter was positive. A 40-something couple, hauling hockey equipment, passed by. Shaking their heads no, the man said he’s “a recovering Catholic”. Please pray for them. Also, a man dressed rather eccentrically asked us for free food. We instead offered him a free Rosary, which he declined, proclaiming how much he hated Jesus Christ. He continued to spout blasphemies as he staggered past us. May Your love and mercy turn his heart to You, O Lord, the true Bread of Life.