“Living out the Dream” 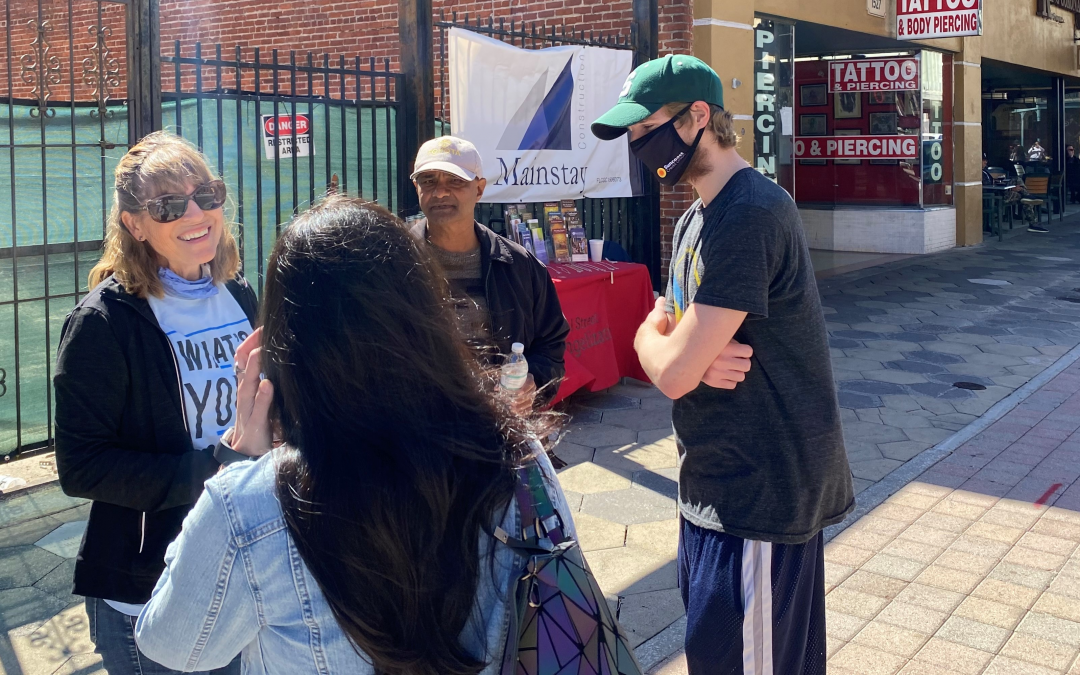 Everything is awesome, everything is cool when you’re part of a team. Everything is awesome when you’re living out a dream. That’s the feeling the Tampa Chapter has had these last few months now that we’re back on the streets. This outing included Mike, Reuben, Stacia, Bob and a special appearance from SPSE’s Associate Director of Teams, Beth and her husband Tim who were visiting from Detroit.

As you can see from the picture above, the weather was great. Way better than Detroit. Street traffic was brisk with many people stopping by to talk, accept rosaries, medals, and pamphlets.

We met a number of people who wanted to return to the Church, like Sigrid, Angelica, Chris & Katlin (in RCIA) and Robin’s 2 sons. We were able to steer them to the Parish in their area. As always in Ybor, there were the homeless:

There were five students from USF’s Catholic Student Union who were very pleased to see our table and ministry in action. We were just about to organize an outing on campus when COVID hit last year.
There were many opportunities to pray with people. It was good to see Beth in action. We all learned a lot from such a dedicated daughter of God.